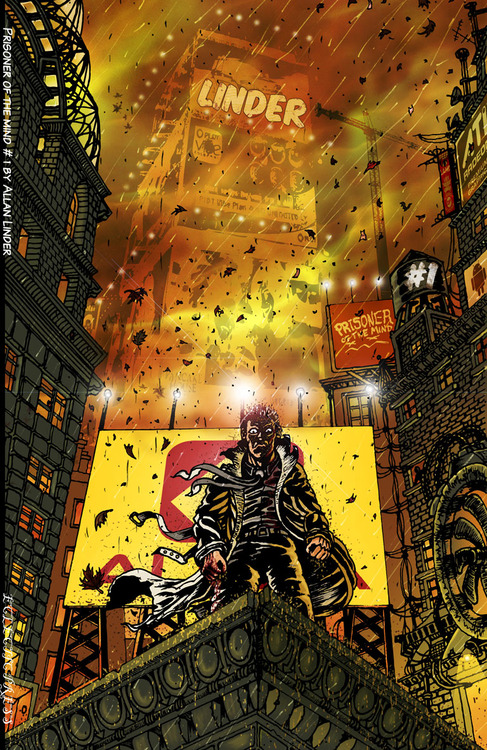 There are two key attributes I look for in a comic’ the first is amazing artwork and the other is a good story that stops you from putting it down till you have finished reading it. Those are two things Prisoner of the Mind have an abundance of.

Prisoner of the mind is the masterpiece indie graphic novel by Allan Linder. Allan has worked with publishers like Marvel and is a full time artist based in Brooklyn. Allan uses a lifetime of experience to make each panel look like a piece of art you could print off and hang on your wall.

One of the freshest things about this book is how Allan has used techniques he would use on an abstract canvas piece and applied it to his comic. Similar to how art is used to tell a story through just a single picture each panel in the comic tells a massive story on its own.

Who should read this book? Well pretty much everyone who likes art or a decent story. Its softly sci-fi with a very dark edge right from the start. Its very well paced and thought out and gives a lot to the curious reader on many levels as a neo noir thriller.

It’s a big book for an indie publication which I hope won’t put some readers off picking up this 300 ish page giant. Its also a black and white print like a lot of the best comics. The dark mood of the book is similar to that of the earlier Frank Miller comics like Sin City especially with its corrupt government and dangerous city setting.

The main story in volume one follows a government agent who discovers he has a secret buried in the depths of his mind and its kill or be killed if he wants to survive long enough to find out what it is. It explores the relationship between him his commitment to the job along with his personal obligation to find out who killed his father and why. One of the best things I like about this book is how once you’ve read it you can either read it again or just appreciate the artwork to see things you might have missed the first time. The splash pages for example pop in throughout the story frequently and have so much detail like a canvas painting. Every time I look through them I see something new. On their own the splash pages tell more of a story than most mainstream graphic novels.

One of the other many things I love about this book is the raw art, its not been photo-shopped to keep everything inside the panels or make lines unnaturally straight. Its all hand drawn by a master artist and drawn exactly how it was meant to be seen.

Written by someone who is primarily an artist I normally expect the graphics to have to carry the story a little but its not the case. The story is a clever one which leads you to believe one thing and then pow something happens to change your perspective on the whole thing. Like all good Sci-Fi based in the near future its cram packed with subtext of the current state of society and where we are heading. For example we see between 300 – 650 adverts and company logos a day a fact Allan uses in his book to thought provoke you into resemblance between us and the near future setting in Prisoner of the Mind.

If I had to compare the story to other works I’d say it was similor to Philip K. Dick’s Sci-Fi books like Do Androids Dream of Electric Sheep or We Can Remember It for You Wholesale which inspired movies like Blade Runner and Total Recall.

Overall everyone who loves comics would benefit by buying a copy. You can read a lot of it online through Allan Linders website but you don’t get the full impact of it in digital form. After reading it I’ve fast become a fan of Allan’s work and would love to see more of his comics and paintings.

Also if anyone wants to follow Allan Linder and publish your own Graphic Novel follow his experienced guide through his blog, it’s an interesting read and features some of the storyboarding he has done with Marvel. 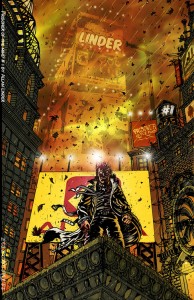 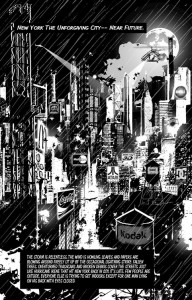 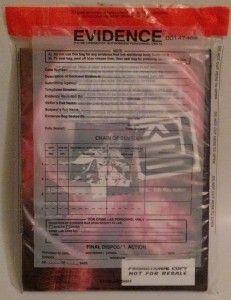 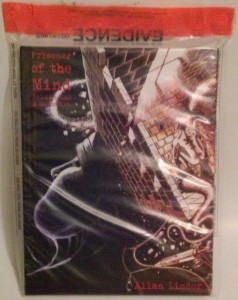