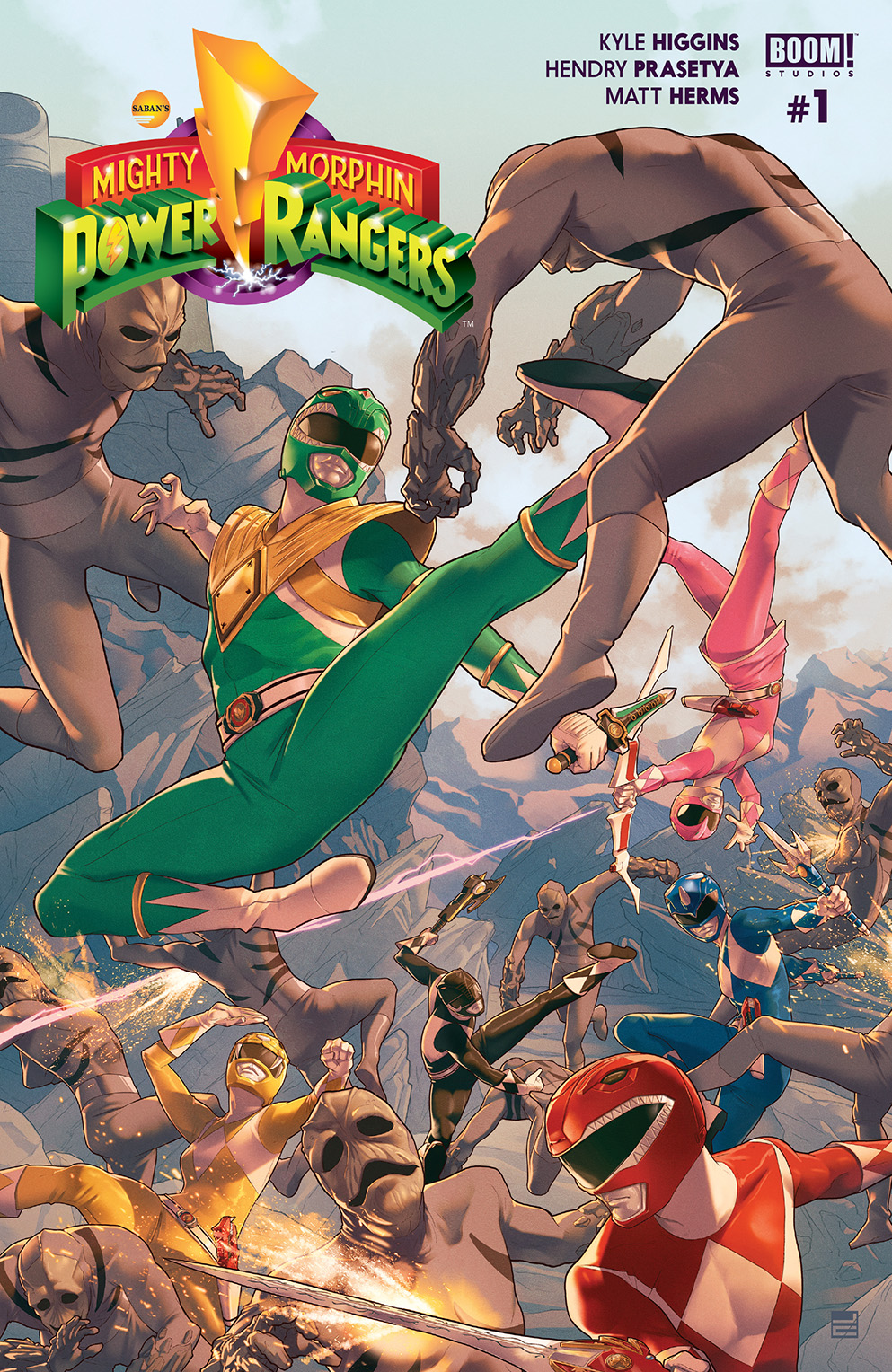 "A comic all Power Rangers fans are going to love."

This could be one of the darkest horses in comics this year. It’s coming from BOOM! Studios who have made some amazing comics over the last few years including their work on bringing Philip K. Dick’s Do Androids Dream Of Electric Sheep? (Blade Runner) to comics in a very close to the original material form.

They have delivered some amazing comics over the years and one thing they do right is stay as close to the source material as physically possible. Where most comic publishers are trying to adapt comics to be live action TV shows and movies, Boom! Studios have taken a well established live action TV show and movie and modernised it to be a comic.

The new Power Rangers comic from Boom! Studios is an amazing tribute to the original series. It’s something old and new fans will be able to pick up and enjoy. It’s got all the old charm of the series with the team trying to balance their personal lives between being rangers and high school teenagers with attitude.

So far we have had issue #0 and #1 which came out this week. The story is all killer and no filler. They have skipped the bit where the rangers get their power coins and jumped right into the best part of the original series.

We open issue #0 with Tommy the Green Ranger standing over a pile of dead rangers and Rita the most evil witch in the universe standing behind him. The story then follows how Tommy deals with visions and evil thoughts planted in his head. Wondering if and why the Rangers would trust him after the mind control.

The story is from Kyle Higgins who you probably know from comics like Batman, Masters of the Universe,  Knightwing, Captain America or Death of Wolverine. Overall he’s worked on some pretty epic series and Power Rangers is in safe hands. The story at the moment focuses mostly on Tommy which will make Jason David Frank fans and himself happy. The whole Green with Evil story line in the TV series was probably the most memorable of the show and this comic expands on that.

The artwork comes from Hendry Prasetya who has worked on Power Girl and Green Lantern along with loads of other epic works. His take on the Power Rangers is a rreal compliment to the series. The Rangers are all modernised, not reinvented just innovated. The Zord battles are beautiful almost like Pacific Rim crossed over into  Angel Grove. He’s made the Zords look like real super robots from Gundam or Mazinkaiser which is something we haven’t seen before. At times it looks like the scale is off like when the giant sized Goldar is attacking and the individual Zords look tiny in comparison where in reality we all know each one would be the size of one of his limbs.

With the comic starting with the Green Ranger joining the good guys there is a few gaps at the start of the story and to fill those in we get updates from Bulk and Skull which are a great addition to the story. Although they were more for comic relief in the TV show they really compliment the rest of the story and Kyle has done a brilliant job of maintaining all the original character relationships and transforming what happened in the TV show to the comics.

It’s still early days for the Power Rangers comic but if it can keep up the quality and improve the pace it could be one of the biggest series of the year especially if you include the spin off comics focusing on the individual rangers which Boom! has planned.