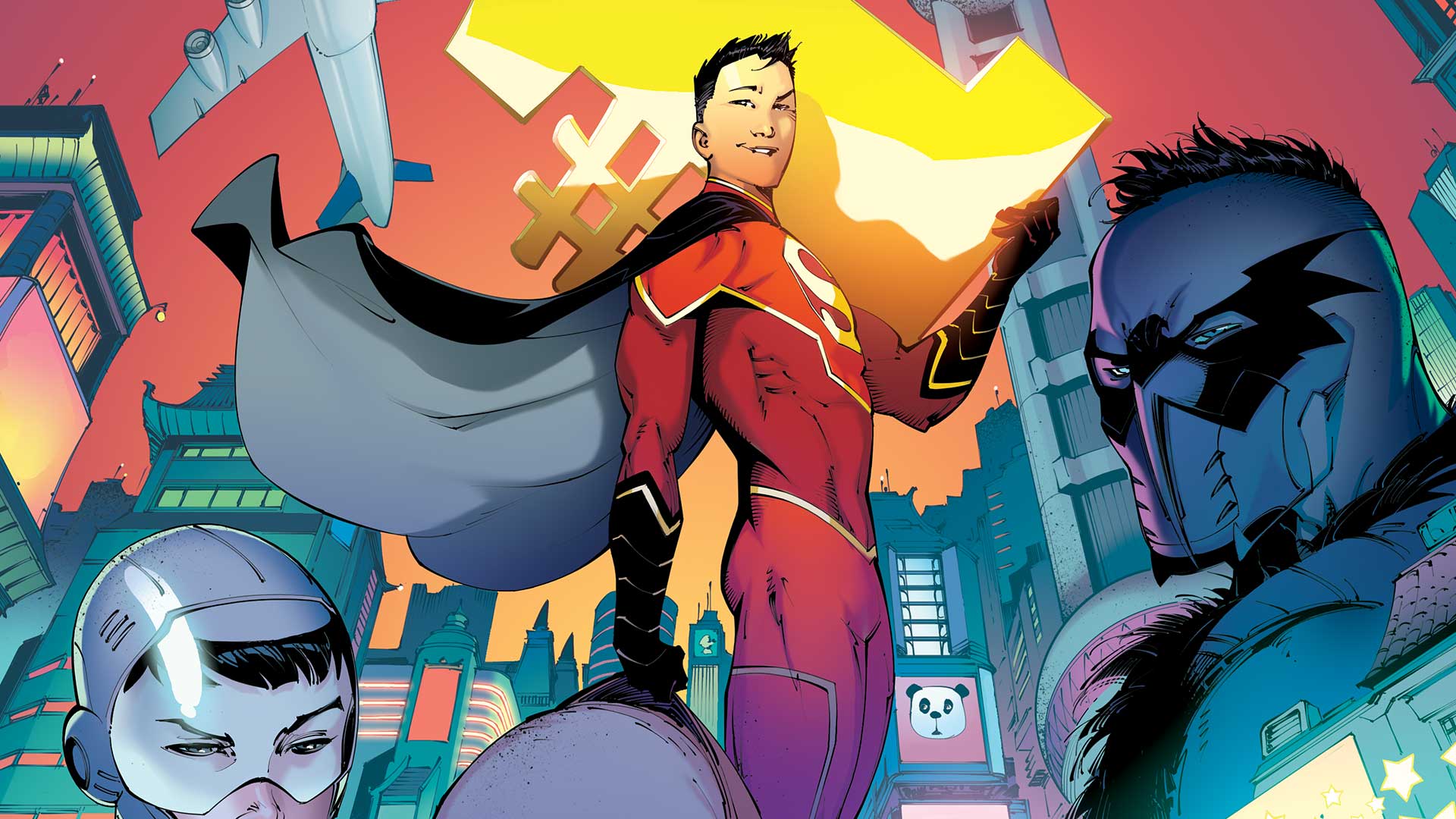 "Kong Kenan is a great addition to the Superman family"

Considering all the epic titles out at the moment this one stands out as something really original to the super hero genre. Written by Gene Luen Yang who has penned a few big titles and winner of multiple Eisner Awards and has done an amazing job of bringing this new character to life.

New Super-man is still set along side the mainstream DC comics so it’s not in it’s own universe like Red Son, it follows on from the recent death of Superman where an underground research division in China is conducting experiments to build China’s first Superman. It almost feels like it borrowed some of the themes from Captain America where a normal man is experimented on and becomes super-human but I guess it’s a setup used on a lot of super heroes.

The story follows a Chinese boy called Kong Kenan, he’s grown up raised by his father who is a conspiracy buff after his mother dies in a mysterious plane crash. After that he develops into a troubled teenager and a bit of a bully. Not the typical origin story of a super-hero, especially one following in Superman’s footsteps.

I love just about everything about this comic, it’s not got any massive events or any twists which which leave you thinking for weeks. But it does have a lot of heart and it’s had a lot of thought put behind it. Considering we’ve only seen a single issue they cover a lot of ground from his past, the origin of his super powers and it leaves you wanting more at the end.

For anyone who has visited Hong Kong or China you will love all those little elements which ground the comics setting, from things like when the reporter hands her business card over to Kong with two hands to the backgrounds and cloths, every different to all the other comics set on NYC, it’s a great comic made by a great team. I’m sure it wont be long before Marvel try to move in the same direction with one of their characters,

I’m not sure where DC plan to take this story but I hope Kong is integrated into the wider DC universe, I’d even love to see him get his own movie one day. In the second issue we will be introduced to China’s Justice League we see their own Batman and Wonder Woman too.