My Little Xenomorph by Ben Templesmith 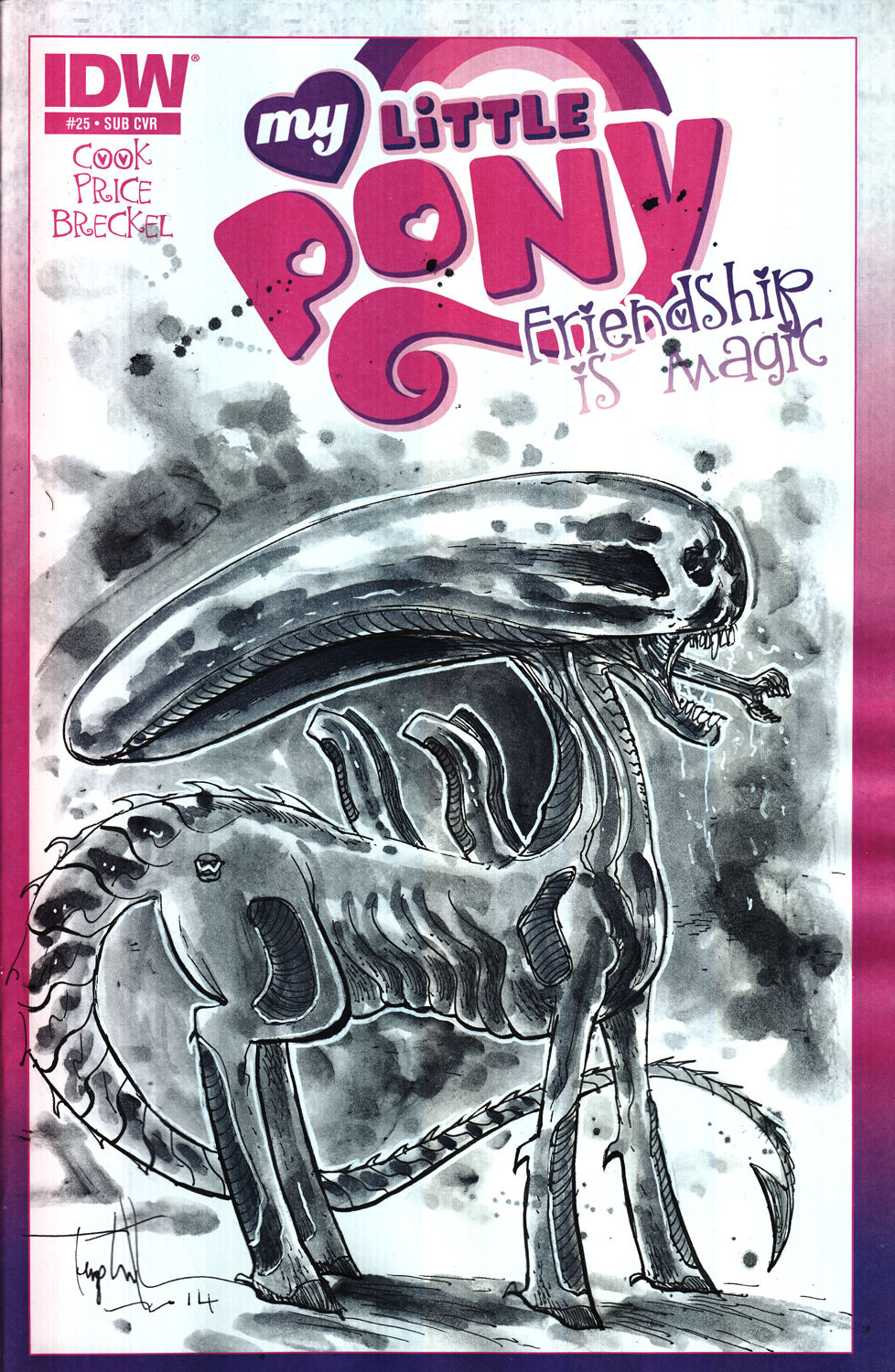 When IDW started a comic series based on My Little Pony the whole comic industry thought they had scraped the bottom of the barrel for licences. That was until Ben Templesmith Eisner & Horror Guild Award nominated artist made a one of a kind cover variant.

With a sketch variant of My Little Pony : Friendship is Magic issue #25 and some spare time Templesmith invented a whole new comic concept.

My Little Xenomorph. The comic went up on eBay after a little water color was added and with no reserve went up to around $200 in less than 24 hours. 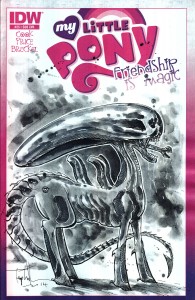 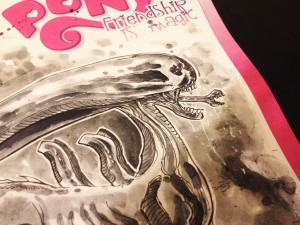