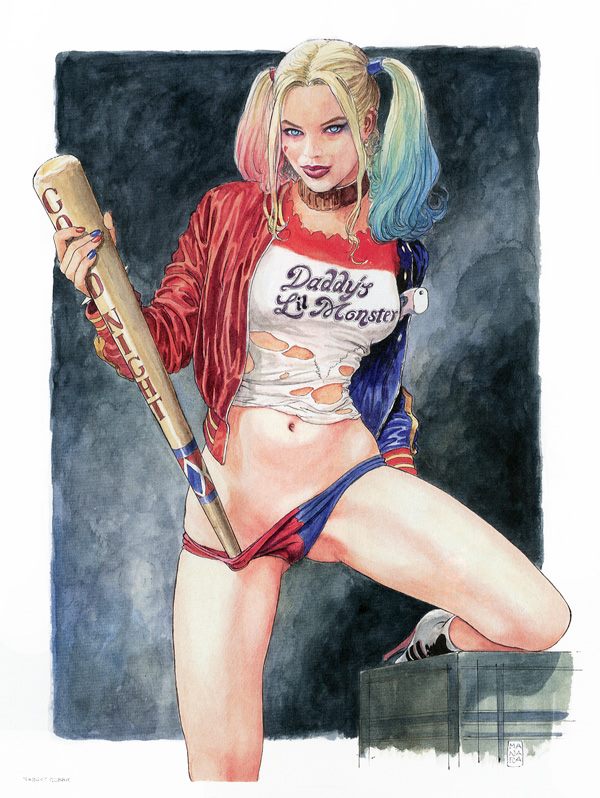 Manara made waves not too long ago with his take on a Spider-Woman variant which caused a lot of irrational complaints and almost got the cover cancelled but thankfully it was released with a little censoring and is now one of the most expensive variants in recent years.

This take on Harley Quinn is based on Margot Robbie’s in the Suicide Squad movie and if Milo Manara did a variant cover for one of the Harley comics you can bet he would have used this although I doubt DC would have signed it off.

This artwork is actually being used in an up coming issue of Lui Magazine whcih has published a lot of Manara’s work in recent years.