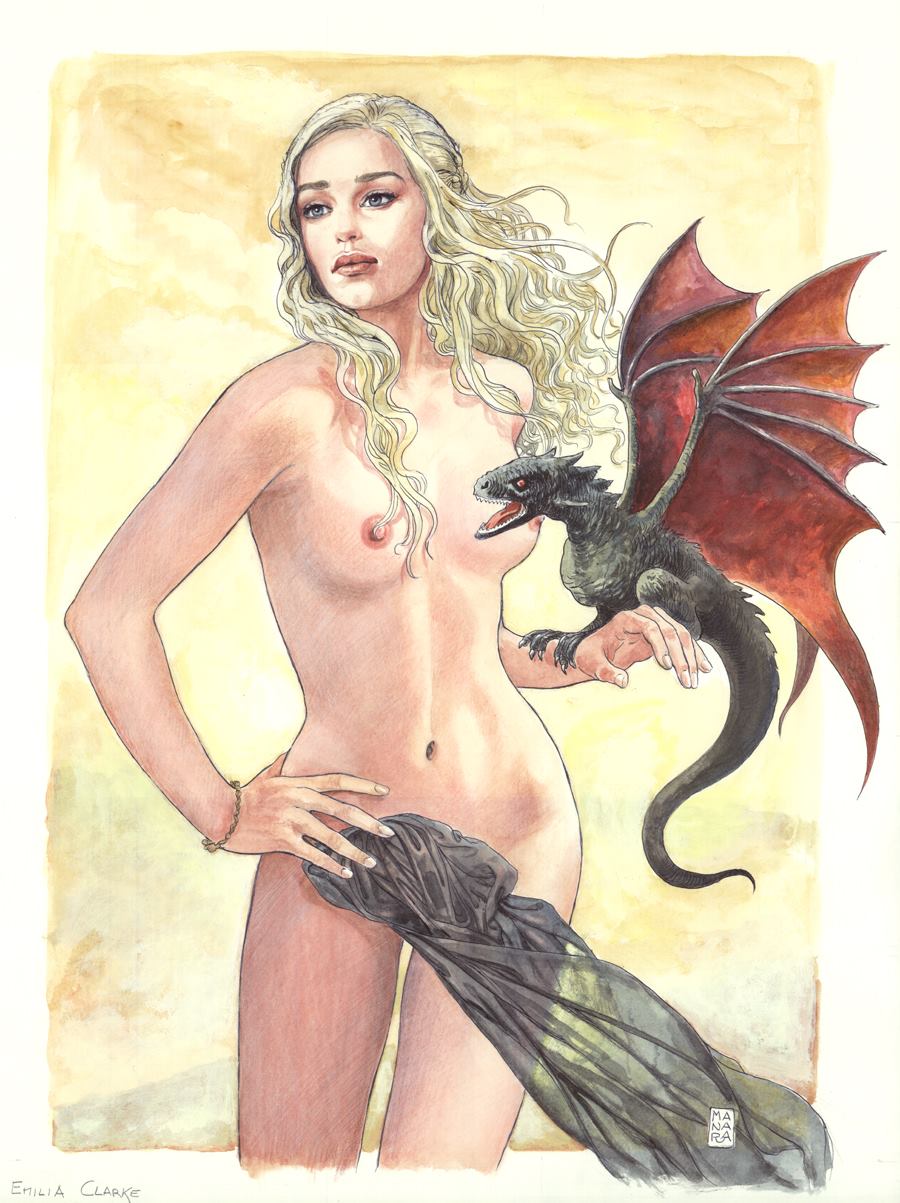 The artist who brought us the rare Spider-Woman #1 variant which sparked controversy. In honor of the new season of Game of Thrones starting this year he has drawn Emilia Clarke as Daenerys Targaryen for the front cover of Lui Magazine a French publication.

This one probably wont cause as much of an uproar since it’s not on the cover of a a comic but I do hope he returns to do more covers for Marvel and DC.