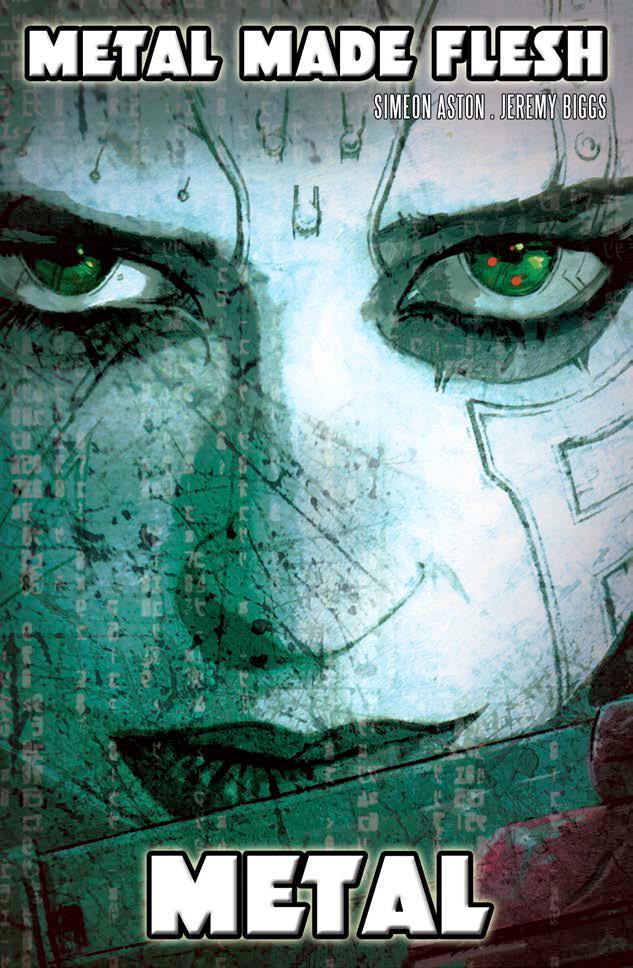 "One of the greatest sci-fi stories since Star Wars"

“Flesh is weakness. On the strip, weakness is death.”

Metal is the third in the indie mini series Metal Made Flesh published by Subversive Comics.

After a massively successful Kick Starter the guys at Subversive comics are about to release the whole series of Metal Made Flesh in a hardback collection. If you have been lucky enough to see either Made or Flesh in single issues you will have experienced the truly amazing story Jeremy Biggs has written in a stream punk science fiction world thought up by the great Simeon Aston who worked on all the artwork for the series.

Metal has been put together like the other two in the series. It’s not a conventional sequential comic but more of a short story with some atmospheric and very detailed artwork included to help set the scene. Being in this format they get to tell a lot more story in each issue and it really helps as a lot of the story tends to be fast paced action.

Set in the cyberpunk world of Tuaoni which is rampant with crime the story follows Izobel. She was once part of the almost extinct human race but after fighting in a war she had parts of her body replaced and now the well shaped robot parts outnumber the human. Living on Tuaoni is hard and when she needs some upgrades she takes on a job which makes full use of her deadly skill set.

“Does everything,” the man paused to find the right word, “does it all work?”

“What this?” Izobel swept a hand in a circle in front of her torso. “Sugar, there are things I can do – places I can take you – no flesh and blood creature could even begin to compare.”

Story wise I’m not sure how Jeremy Biggs manages to keep pulling these aces out between writing a comic about Zombie bears and learning Chinese. For Metal Made Flesh Jeremy and Simeon have created detailed overlapping back stories for three likeable mercenaries, a whole new universe where humans have almost been wiped out by an alien invasion and have plans to make a comic where all three mercenaries collide.

It’s a series for all ages but I think the older sci-fi loving Star Wars fans will really appreciate in it’s entirety. It’s the kind of indie project that puts some of the big mainstream publishers to shame with it’s hold no punches science fiction genius.

If you want to pick up a copy of Metal Made Flesh the team at Subversive comics attend most of the big comic conventions in the UK and you can also buy issues of this series and Bearlands online. The hardback collection should be out later this year with all three stories included.