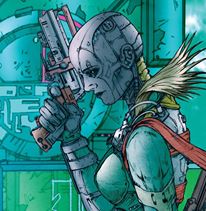 For anyone who hasn’t heard of Metal Made Flesh it’s a creator owned comic from the UK which has been a big hit at a lot of conventions over the last year. The first issue printed was “Flesh” and is a stand alone comic which will later tie into the others in the series.

With a large following the series has started a Kick Starter to help fund the printing of future issues and after just two days it’s hit target and raised over £3000 ($4820.00 US) which will put the other two issues into print this January.

The series has came from Simeon Aston and Jeremy Biggs who are master craftsmen of comics. Simeon has done some amazing science fiction artwork which is just jaw droppingly epic. The artwork in Metal Made Flesh is Cyber Punk meets several Philip K Dick based movies with a hint of Ghost in the Shell.

The writer Jeremy runs Subversive comics and has written some awesome comics over the last year and its crazy that anyone could write science fiction so good these days. He’s one of the most talented comic writers the UK has and is also one of the nicest people you can meet at a convention.

With the next two issues now going into print it’s an exciting time for a lot of fans not just getting two movie issues but knowing the cross over series will also be in development in 2014. That means more epic art work and more inspirational story.

If you like Science Fiction comics or Steam Punk or epic anime’s like Ghost in the Shell of Akira this is an amazing Kick Starter to jump on while you can. 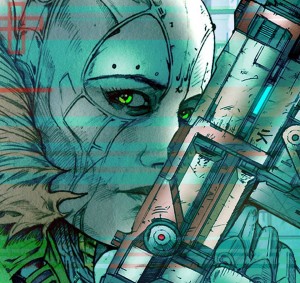 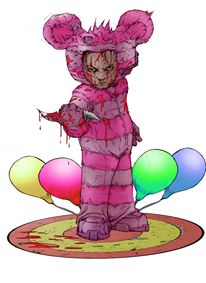