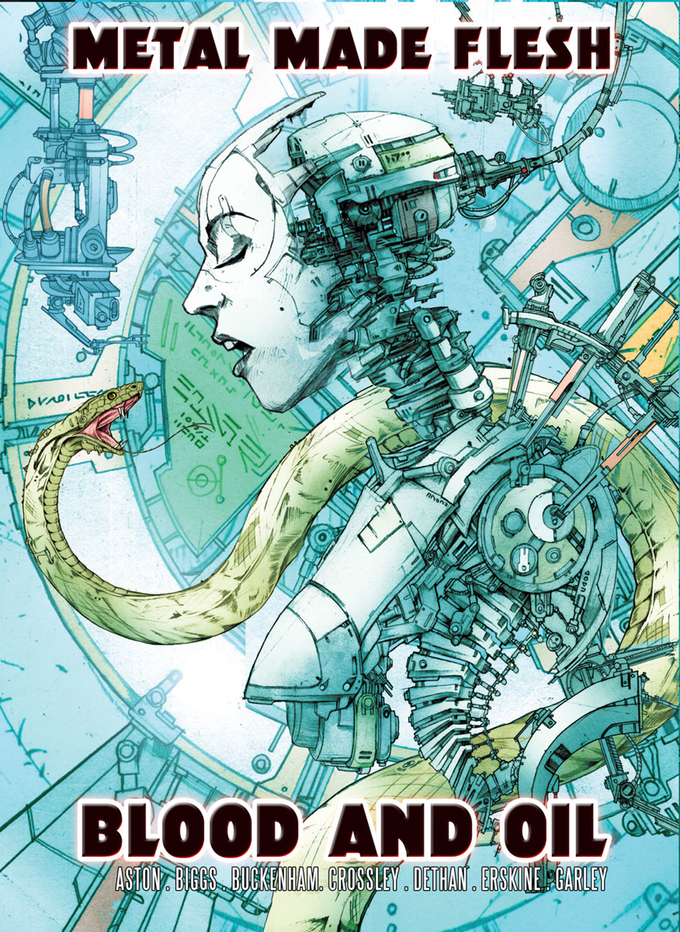 For anyone who has ever wanted to work in the comic industry pay attention to Subversive comics. In just a few years they have become one of the biggest indie publishers in the UK and already received attention from the film production world just from bringing their own ideas to life.

One of their comics Metal Made Flesh had a massive success with its first Kickstarter when they aimed for raising £3000 but ended up closer to £15,000. This time they have come back with a whole new fully sequential art three issue series called Metal Made Flesh Blood and Oil. The target is at £25,000 (roughly $40,000) and after just a few hours into the 30 day fund raiser they have raised over £2500.

The latest Kickstarter has a whole range of pretty awesome incentives to join including getting your name mentioned in the book and even drawn into one of the pages itself. Which considering the success of the first book could be something that will tempt a lot of people as they are going to be in print for a long time and you can be part of comic history.

Take a look at the Kickstarter for Metal Made Flesh : Blood and Oil.

Metal Made Flesh Put down your holophone, grab your deck and jack into the mainframe because cyberpunk is back! Blood and Oil is a brand  new graphic novel and follow up the critically  acclaimed Metal Made Flesh, a cyberpunk space opera set in the distant future, that has been described as “Bladerunner meets Game of Thrones”.

Humans have been chased to the brink of extinction by an unrelenting foe called the “Veul” and have been forced to take refuge in Tuaoni, a sprawling city on the black market trading hub Equan Yas. Forced into extreme poverty, and treated as the lowest of the low by the planet’s inhabitants, humans are forced to do whatever it takes to survive.

The series centres on three humans, the cold, merciless cyborg Izobel Vice who loses more of her humanity with each passing upgrade; the psychopathic assassin Phaeon Nex, whose failing body of a synthetic child and Kalibos, a human prince who loses everything when he is mutated into a hideous war machine.

In addition to art from creator Simeon Aston, Blood and Oil will also feature 3 of the best comic artists from the UK scene: Gary Erskine (Judge Dredd, Dan Dare, Hellblazer, The Authority, The Filth, Star Wars), Kev Crossley (Judge Dredd, Tomb Raider, ABC Warriors and concept artist for Alien vs. Predator and Star Wars)and introducing Phil Buckenham (Rented… to the dead) whose artwork has just blown us away.