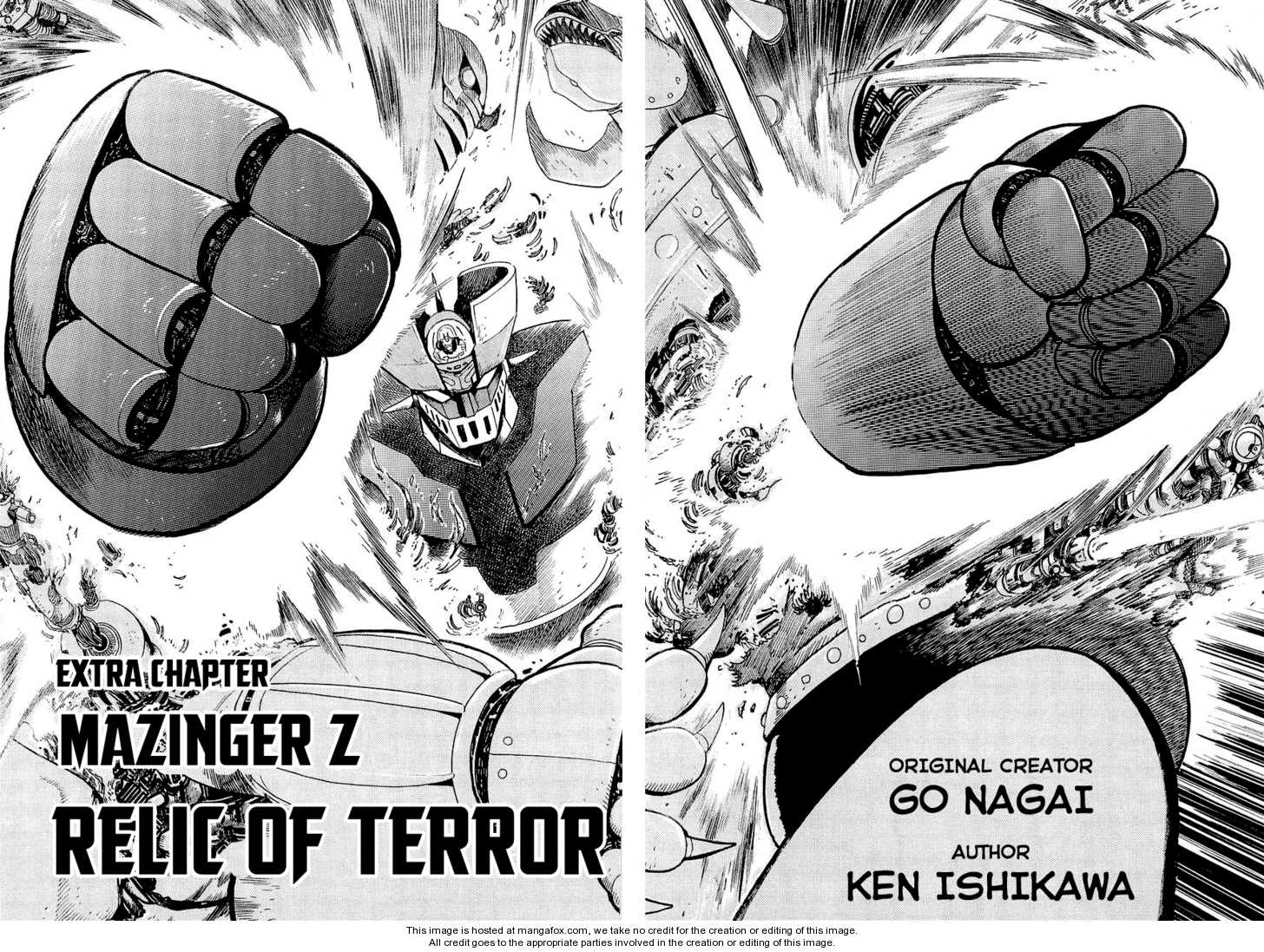 Super Robots are making as massive come back at the moment from Pacific Rim to the upcoming Power Rangers remake. Arguably none of them would be around today if it wasn’t for the god father of Super Robots Mazinger Z.

Mazinger Z in its original form was a five volume Manga written by Go Nagai and published between 1972-1973. Just to put that in perspective robots like Gundam didn’t appear until 1979 so Mazinger has inspired lot long the way.

The story follows a Super Robt made out of an almost indestructible alloy. Much like Gundam robots it needs a pilot and Mazingers is a petrol head called Kouji Kabuto. It was built by his late grandfather and given to Kouji to give him power to either protect the world or rule it.

On his first test drive of Mazinger Z Kouji loses control and runs amok in down town Tokyo where all the best super robots run havok.

Kouji manages to take control of Mazinger thanks to the help of “Aphrodite A” a female super robot and its pilot Sayaka Yumi. Sayaka works with her father at Photon Power Laboratory where they protect Japan against a long list of evil robots controled by the evil Dr Hell. With a name like that he could hardly be a good guy.

Dr Hells story is probably the most outlandish origin ever conceved. One day he has the idea that the ancient Greeks must had super robots to protect their land after reading stories of their gods. He then spends his fortune on a archeological expedition he finds hundreds of robots and decided to use them to take over the world, first stop Japan via Mt Fuji in pretty much every attack.

The original manga hasn’t had an official English translation as far as I can tell but has an amazing fan translation online which you can read via most of the online manga readers.

The story has everything you could want from a robot Manga and was well ahead of its time when it was released. It’s full of manga humour similor to Dragon Ball where the main female protagonist Sayaka Yumi is the center of most jokes.

One of the most identifiable traits of this series is how unique the enemys are. They come at all angles and are in all sorts of designs. One of the evil generals Baron Ashura is a gynandromorphic character divided right down the middle, one half being female, one half being male. Both the worst sides of each to make a truly evil personality.

I don’t think Go Nagai could have planned to make a manga in the 70s which would be as popular as it was. If it had been translated I’m sure it would have been just as popular if not bigger than Dragon Ball in term of Manga.

Overall if you like robots or manga I can’t reccomend Mazinger Z enough. It’s only five volumes and already fully published so no waiting for a monthly issue.