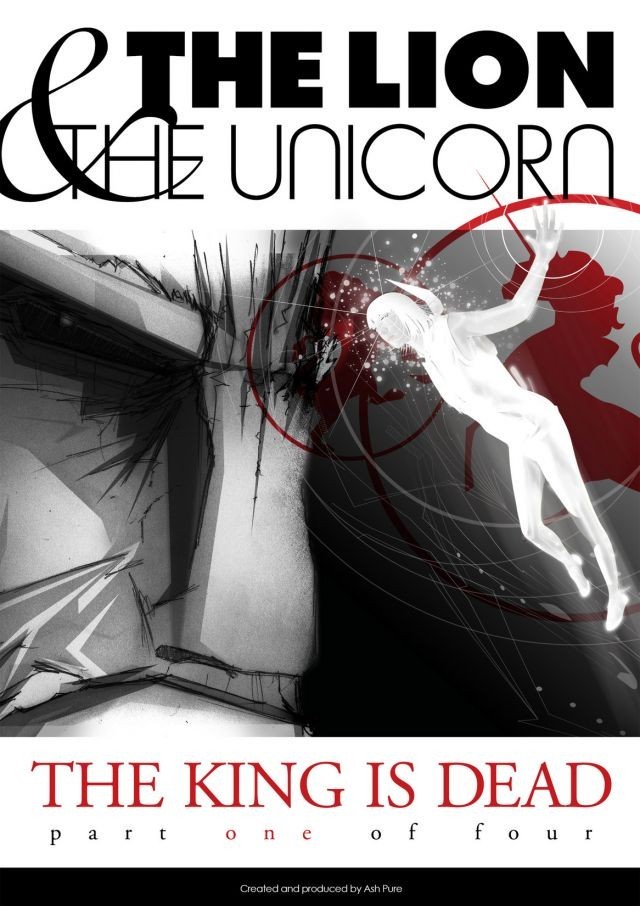 "An innovate use of technology to deliver an innovative comic book"

Years ago indie comics tended to struggle to keep up with the quality of the mainstream comics the big publishers like DC and Marvel were pushing out. But with us deep in the digital age of comics a lot of indie publishers are pushing the boundaries with good use of technology and really leaving those big publishers behind.

The Lion and the Unicorn is a creator owned and published comic which has been around since 2001 and has so far released two amazing issues in the four part series.

The Lion, a forgotten war hero, the indestructible man with a death wish.The Unicorn, a gifted psychic knight, she is the girl who wants to save the world.

I’ve only just come across the series in both digital and in the larger than usual print edition. Although the comic shows off its impressive artwork in print form it really comes to life in digital. It’s really making the best use of the technology and redefining how they wanted to deliver the story in a similar way to another indie comic I read recently Metal Made Flesh.

In digital format you get to see the artwork and its vibrant use of colors and it even encourages you to zoom in on bits just to get a closer look at the HD artwork.

Ash Pure has even done away with the confines of panels for most of the pages and have made each page to read almost like a poster which when you go from page to page it makes the story that bit more immersive.

The only down side to this comic is that we only have two issues so far. I’d love to see how the story pans out as there seems to be a lot to cover and I’m very impatient.

Overall I’d highly recommend this comic to anyone wanting to read something new and if your interested in digital comics or like to read them on your tablet this is a total must buy.

You can buy both issues on Comixology and if you want to see what the artwork is like there is loads of imagery on http://thelionandtheunicorn.net/.