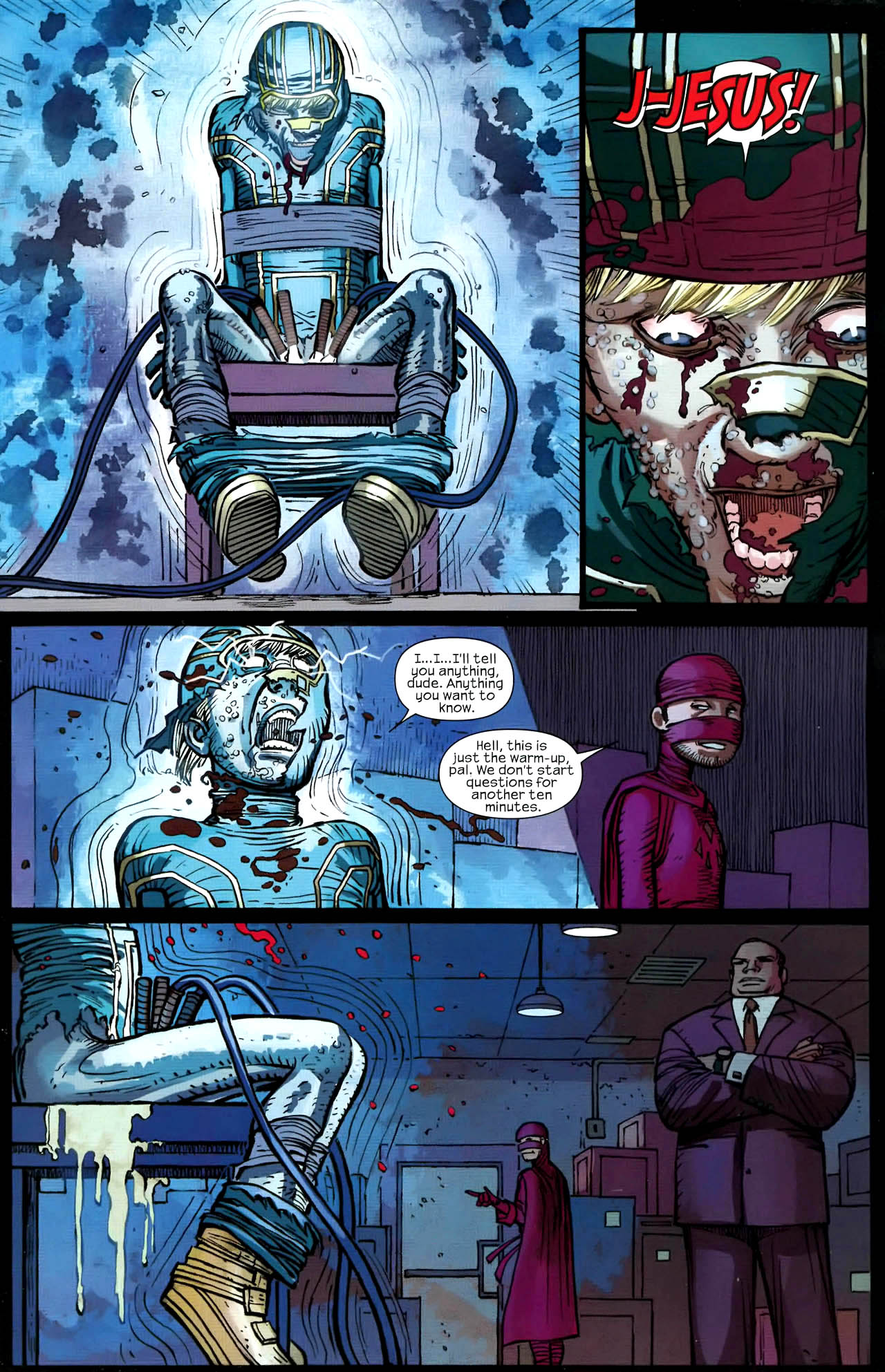 I read Mark Millar‘s Wanted and was totally sold on him as one of the greatest comic writers at the time. I think it was probably the first time I re read a comic as soon as I’d finished it.

With it being an original story Millar could get away with a lot more that he normally wouldn’t writing another Superman comic (Red Son was pretty amazing though). Another example of the main stream comic restrictions could be Frank Millers never gonna get published Batman : Holy Terror.

When it comes to Mark Millar‘s work he no longer needs to sell someone else’s comics as a name he can sell his own and have full rain on the creative process.

Thankfully Kick-ass didn’t suffer the mind numbingly disappointing Hollywood movie incarnation that Wanted was left with, yeah it had a few cool bits and Angelina Jolie but the movie did not have the cool super villain underworld the comic did.

Anyway back to Kick-Ass, I saw the movie a few weeks before decided to read the comic, mainly because I didn’t want to suffer the disappointment of what the Wanted movie left the comic fan with.

As a series Kick-ass flows at a great pace. It moves pretty quick but it’s only so they can fit so much in. The first eight issues run through the origin of four super hero wannabes and the demise of two along with a shoot up with the mob and it manages to fit in a few personal problems for Kick-ass in there at the same time.

The movie was pretty violent and had criticism as it appeared to be a kids superhero movie but in reality showed a guy who looked like Batman getting burnt alive while his daughter shoots the crap out of a load of bad guys. It was pretty violent but not it was an optimistic and watered down version of what happened in the comic.

The art work by John Romita, Jr starts off great and progressively gets even better towards the end of the series. The artwork is amazingly executed and complements the story pretty well, especially after Kick-ass and the others get captured. The torture sequence with Kick-Ass and Big Daddy is like nothing else I have seen in a comic for a long time.

Overall if anything the comic and movie just compliment each other, the stories follow the same characters but give a slightly different take on each one along with each scene. The movie is a bit of a more optimistic version of the story where as the comic doesn’t pull any punches.

If you want to pick up a copy of Kick-Ass Book depository currently has it at half price with free delivery. 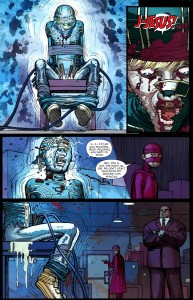 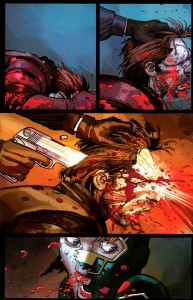