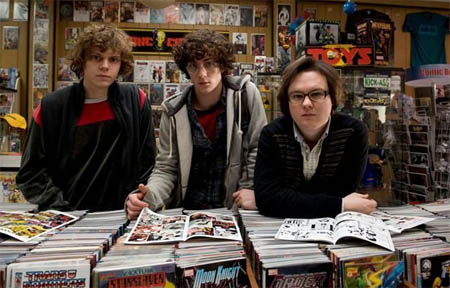 Mark Millar has always been one to tease fans with previews and extracts from comics. I think it is one of his secrets to keeping fans happy, see what they like before it gets released and play off that.

Which could be a secret to his success as most comic writers tend to keep projects tightly under wraps, also why Nemesis has had mixed reviews.

Even though films like the Dark Knight and Iron Man try to make it looks like super-heroes could actually be real, for me Kick-Ass is the only series (maybe Punisher too) which managed to pull off the realism in a comic and translate it to a movie.

1/ Dave, Todd and Marty wander off down the street together, indulging in a little banter.

MARTY : Whatever, man. You guys see Spider-Man on TV last night? Is it weird I find Aunt May kinda HOT?

MARTY : I don’t mean THE SEQUELS, asshole. I mean the first one where she has the heart attack and you see her in a NIGHT-DRESS.

Kick Ass 2: Balls to the Wall is out in August along with Nemesis issue 3. Also thanks to MillarWorld for the news. 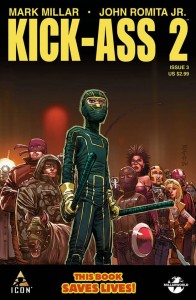 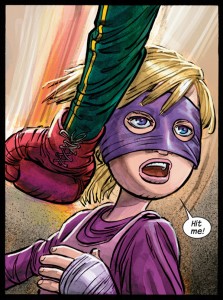