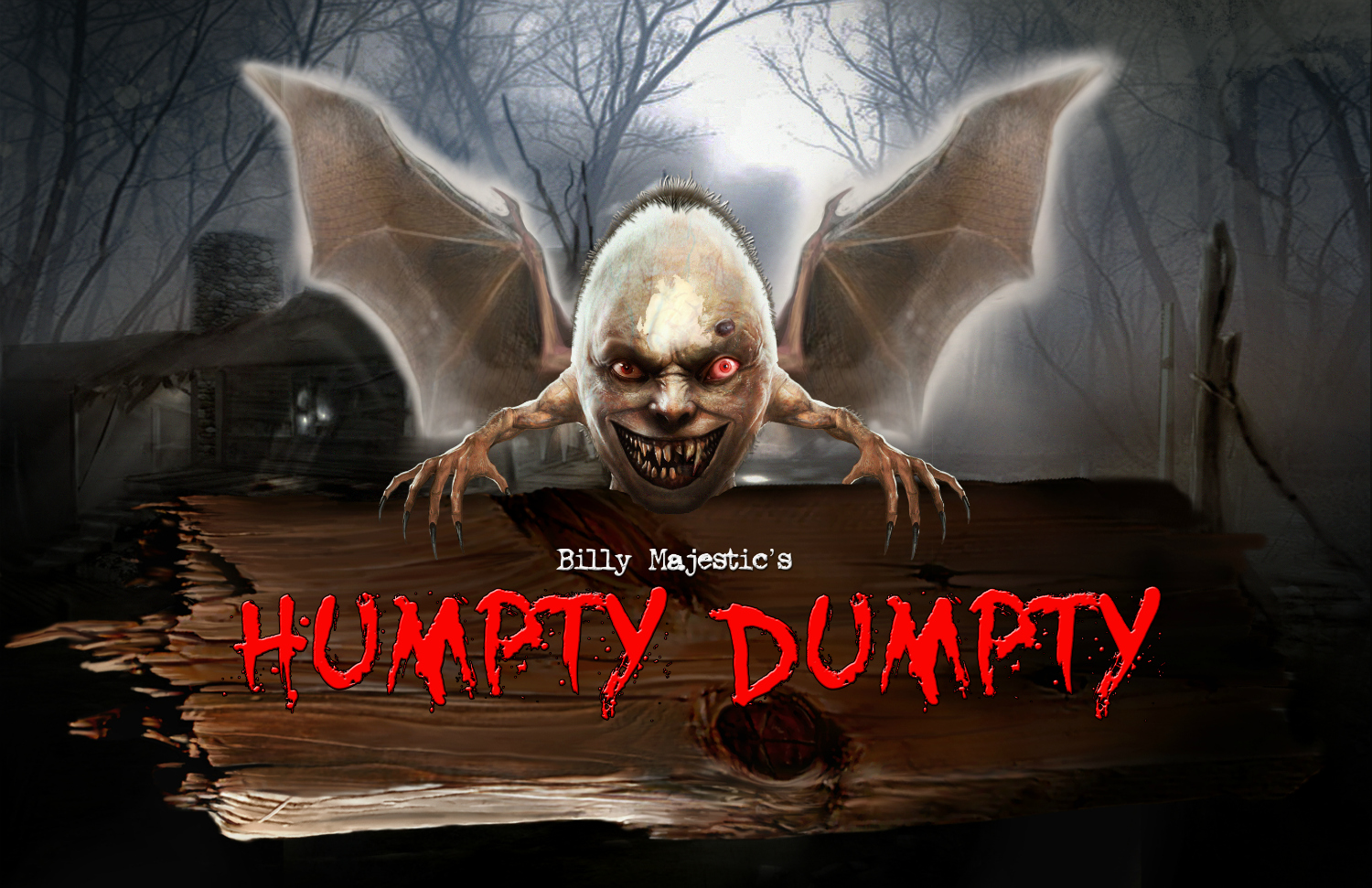 Published by IDW and Revenger Comics we have Billy Majestics Humpty Dumpty. Note this isn’t a modern nursery rhyme turned graphic novel. This is an original sci-fi horror which is disturbingly moreish.

The story starts off with friendly alien visitors landing in a swamp of all places. The landing party made up of a small group of males and a single female are ambushed by two hick brothers who live alone in the swamp. The brothers kill the male visitors and capture the female subjecting her to torturous imprisonment.

After a few months in the hicks swamp basement she becomes pregnant and escapes, then alien female then gives birth to a half human half alien monster which is hell bent on revenge for the death of his mother.

To be honest you really need an open mind to read this book. The story sounds like a teenage horror movie which is sold on the trailer alone but it’s far more than that.

Billy Majestic has put together an amazingly original horror here. The story, pace and language used in the book is amazing and well worth a read just for some of the lines. It’s similar to the early Stephen King short stories.

Hookers in Hell! Pervis, What are you doing , boy?

The artwork is but Jordan Jordanov, Ven Dinkov and with colors by Yasen Denev. An ace creative team who really know how to tell a story through colors, overlapping panels which makes the artwork really pop out of the page.

This book is only the start of a three part series with the second book titles, “Escape from Level 27” and the third book “Humpty OBX”. If the Humpty Dumpty movie can just adapt the book scene for scene is going to be a totally epic horror movie.