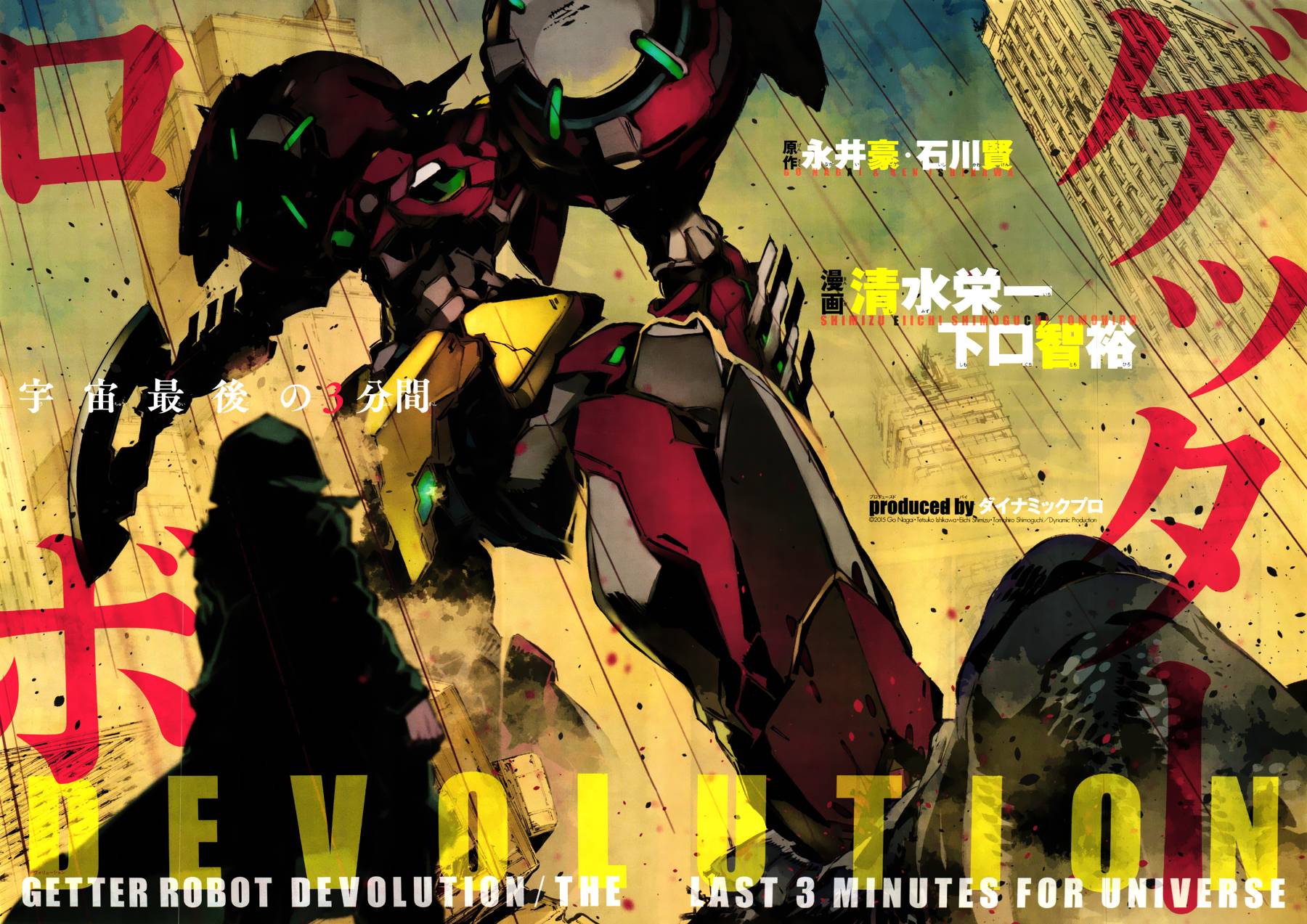 "An amazing start to a promising new Super Robot Manga"

Being the other on a website called Super Robot Mayhem and also the Co-creator of a comic by the same name you can probably tell I’m a big fan of super robot comics. Recently I came across a new series called Getter Robot Devolution which is a reimagining of the classic Getter Robot created by Go Nagai. To make it even better the new Getter Robot manga has been created by Eiichi Shimizu and Tomohiro Shimoguchi who were the masterminds behind the new Ultraman Manga which came out a few years ago which was just amazing.

Getter Robo Devolution is a whole new story which will appeal to old and new fans as it’s a total rewrite of Go Nagai’s original story in a modern manga story. You don’t need to have read any of the original Getter Robo but it was awesome too if you can find a copy.

This new series is published by Seven Seas Entertainment who before this I hadn’t heard of but after looking through their site it looks like they have translated a lot of great Manga from Japan and I applaud them for their selection. They have gone for a lot of manga series that I’d consider the rockstars of Manga like Cutie Honey opposed to a lot of the pop manga like Attack on Titan and Dragon Ball, they have obviously done research and the series they have selected to publish could only been selected from true fans of manga.

Devolution is one of those series that if it wasn’t available in English I’d have bought it in Japanese just to look through the artwork. The fact it’s been translated expertly I love. The artwork is just amazing as they have a lot of fast paced action scenes including giant robot fights which are never easy to draw but with the team involved they make it look like a masterpiece.

So far only the first volume has been released but volume two will be released soon and volume three is due out March 2019.

A review of John Wagner and Vince Locke’s A History of Violence. A story probable more well known as a movie but it started off as this amazing graphic novel.