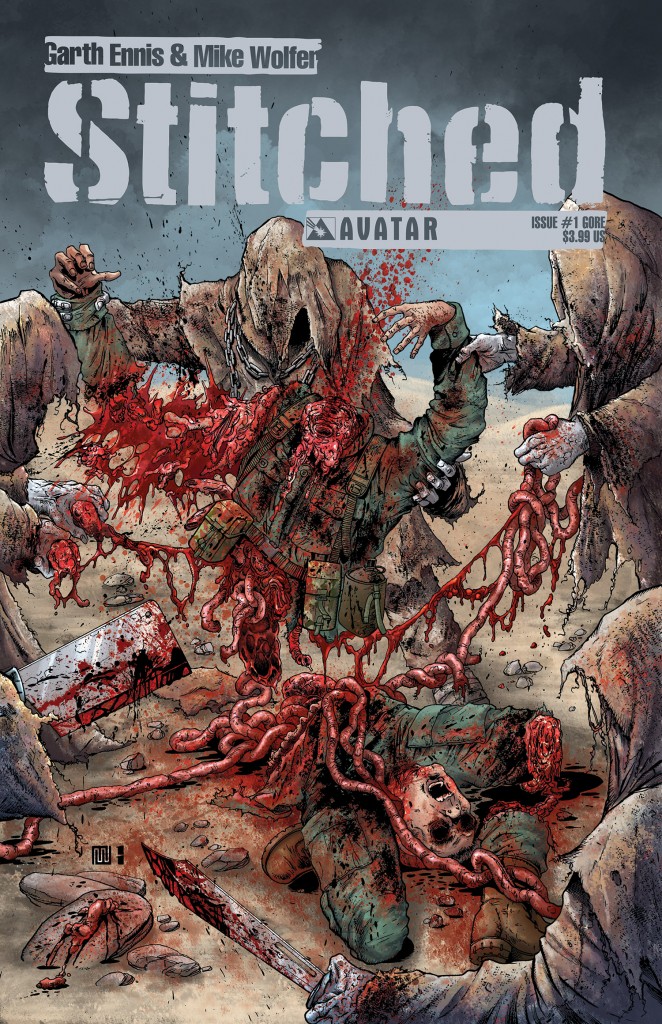 A legendary comic series in the making, this is not only a creator owned comic but Garth Ennis is also directing a full movie himself. The super talented Garth Ennis who brought us an amazing run of Punisher Max and the Preacher has done it again with this out of the ordinary horror tale.

Honestly going off the first issue I wasn’t greatly impressed but being a fan off Ennis I will see it though to the last issue. The story kicks off with with a team stranded in Afghanistan and moves fairly quickly through the first issue. We get introduced to the main characters, see the zombies tare apart a group of Taliban in a goretastic two page spread.

It is a great comic to pick up, with Garth Ennis behind the wheel it’s hard to say how far the series will go. Will it be the next Walking Dead, probably not. Will it be a kick ass tail of sickening horror – most probably yes!

Overall this comic comes highly recommended for comic collectors, horror fans and people who like to be shocked by goretastic comics.