Gantz coming to an end with chapter 383 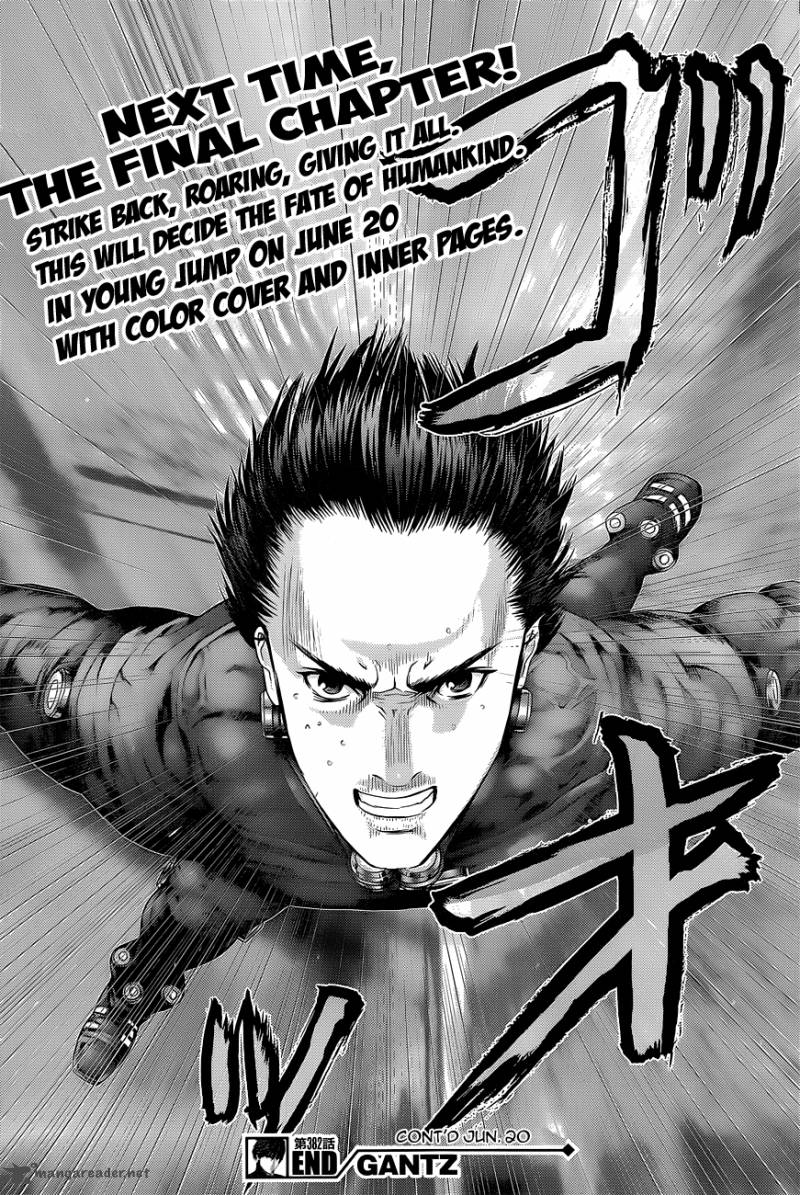 Gantz started in July 2000 and since then has published manga 382 chapers, made 13 anime episodes and inspired two live action movies.

For over a decade it’s been one of the most popular mangas reaching thousands of readers from all over the world and will be coming to an end this July 20th as it reaches chapter 383.

For those who don’t know Gantz its a science fiction manga based in a world where people are selected and made to fight a variety of aliens for their lives. It’s audience has grown thanks to its edgy story lines and unique themes for a comic with a writer who goes far to shock his readers.

The writer of Gantz is Kiroya Oku and in volume 8 of he said.

“I would say my favorite things right now are girls in manga with girlish faces and huge tits that just jump out at you!”

Which is reflectred in some of his stronge female characters. It’s a great manga which appeals to that one type of people no matter what your age as long as you have the sence of humor and understanding of science fiction horrors you will love Gants.

It ending after 13 years was expected by fans but it was still sudden news when it was announced recently.

The series has been on a slump for the last few months and after buiilding up to some epic chapters last year it’s gone down hill. The last issue will conclude a fight which has consumed the last few chapters and with a write a creative as Hiroya Oku behind the series nobody knows how the series will end.