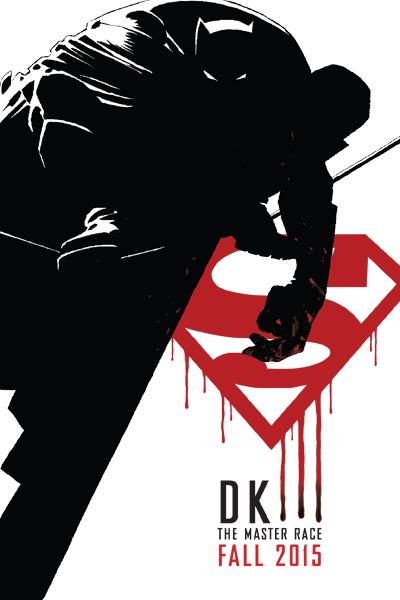 In some very surprising news from DC Comics it looks like Frank Miller will return to write one more Batman series with the help of  Brian Azzarello.

Miller is well known to comic fans for writing some of the most influential Batman stories which were the main basis for Christopher Nolans Dark Knight trilogy.

To bring this new series to life Miller will be helped by Brian Azzarello who is well known award winning writer of 100 Bullets,  Wonder Woman and many more titles including a few Batman series.

You might ask why Miller needs help writing a good Batman story but the answer is simple. DC will want to finish the book. Miller was one of the most successful comic writers in the 90s but recently he has had a string of failed project including his last Batman stories. All Star Batman and Robin was an amazing book but unfortunately was cancelled due to delays. His other Batman series Holy Terror was turned down by DC due to it’s themes and had to be re branded by another publisher and the book almost ruined his career. Also his 300 sequel got a movie said to be based on a graphic novel which was never even made. I’m not sure how they pulled that one off but it happened.

The new Batman series is set to be released late 2015 and will be called The Master Race. It’s set in Millers Batman universe but at the moment we don’t know where it will slot in.

On his own I double DC would risk giving him a new series to write but with Brian Azzarello helping it could be the Batman series to help bring him back from the fall out of the DC New 52. Miller confirmed this himself with his first Tweet since 2011.

The DC reboot of 2012 didn’t go as well as expected and are soon to be rebooting a lot of series once again. This time they are spending a lot of time on improving the quality of the series. Personally I just hope they stop all the cross overs. I haven’t been able to pick up many of the DCn52 comics without feeling that it’s been an incomplete story. DC loves cross overs but we need more stand along stories.