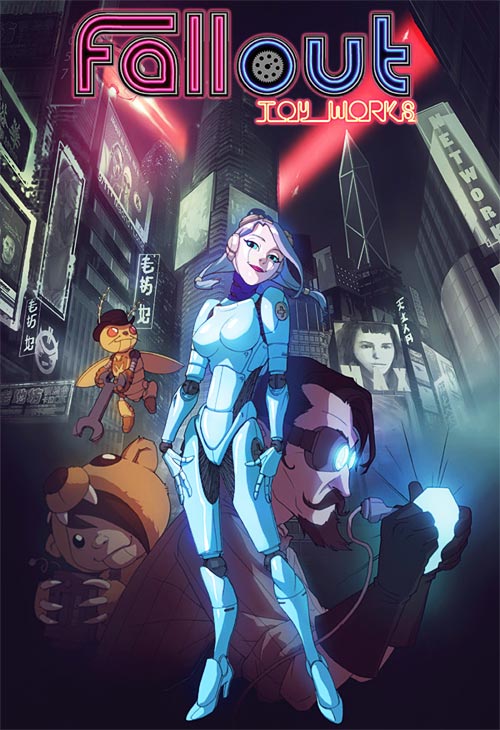 Another pop star turned comic book inventor has helped develop a new comic based on one of his bands songs. Pete Wentz has put his name to the new comic Fall Out Toy Works due to be released in September.

The mini series was also co developed by Darren Romanelli and is to be written by a well know indie comic book writer Brett Lewis who has been accredited to comics such as The Winder Men and the comic book adaption of Bullet Proof Monk. But so far the most eye catching part of the franchise has been the superb artwork from Imaginary Friends Studios.

As Far as a story goes so far we can only guess it is set in a NEO Tokyo / futuristic setting and looks like a modern take on Pinocchio as the story involves a talented toy maker and his latest invention a cybernetic girl called Tiffany. The story also co stars a robotic boy in a bear costume.

The comic series is probably going to have a huge success as it follows suit from Gerard Ways’ The Umbrella Academy which was very popular and won the Eisner Award.

Preview of Fall Out Toy Works 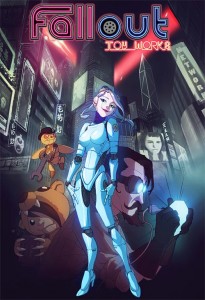 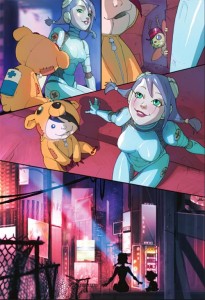 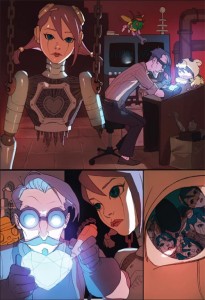 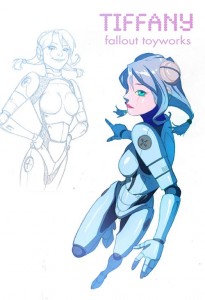