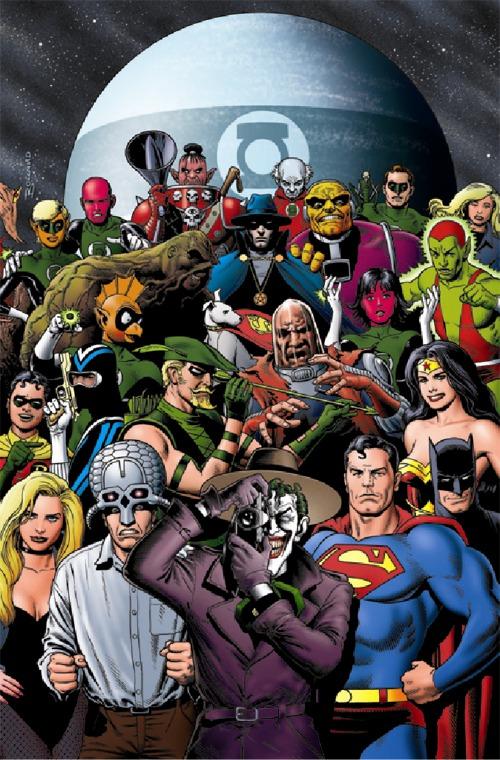 One of the most influential comic writers Alan Moore has worked on most of DC comics biggest names. He has also written a lot of milestone stories for the characters and most are collected in one amazing volume. DC Universe : The stories of Alan Moore.

Reading this it was alomost like a prequel to Superman Returns. Lois tells the story of when Superman was challenged by his most powerful enemies and won but with a great cost to the world, Features a great Luthor – Brainiac team up with a super original shock ending.

One of DC comics most original stories and surprisingly it features mainly Clayface. We know like most of Batmans enemies Clayface belongs in Arkham asylum but he shows just how crazy he is when he falls in love with a mannequin called Helena.

Another great reason to pick up this book, the Killing Joke features the origin of the Joker along with a story which shows just how crazy the Joker can be. The Killing Joke is sold as a volume by its self and often costs more than this whole set.

One of the best things Alan Moore did was bring Swamp Thing into a whole new legendary era. In DC presents #85 get an awesome cross over with Superman and Swamp Thing.

Superman gets infected by a Kryptonian moss which is poisonous and caused Superman to hallucinate. Destiny brings him to Swamp Think, the only being alive who can help him.

An anti hero wants to expose Green Lantern for being just a normal guy in a costume. Black Canary takes a near fatal hit. Meanwhile Green lantern shows his bad ass side and shows the guy what it takes to be a real super hero.

Green lanterns can be any species. Even smart bacteria could be a Green lantern. In #188 we get introduced to a Green Lantern Planet called Mogo.

DC comics take on the Smurfs. how does a race made up entirely of males have babies. It’s another example of how flexible the writing style of Alan Moore really is.

Featuring one of DC comics almost forgotten characters the Phantom Stranger, why they chose to push more Jonah hex on us when they neglect original stories like the Phantom stranger is a question any DC fan could ponder. The Phantom Stranger is an angel who didn’t want to fight for either side and cut off his wings to walk in the shadows.

Green Lanterns get recruited from every galaxy, but when the most likely selection leads to an alien without sight or knowledge of colour the Green lantern oath takes a whole new twist.

Starring Batman, Wonder woman and the late Jason Todd, it’s Supermans birthday and a surprise guest Mongul arrives with a dangerous paralysing plant which sends Superman into a dream of Krypton.

Vigilante is another of DC comics characters which has been near enough forgotten over time. In Alan Moores run with the character the Vigilante deals with pretty serious scenarios you wouldn’t normally get in comics.A tale of vengeance forgiveness and sexual abuse which is told in way only Alan Moore could write.