DC Universe Rebirth – What have they done 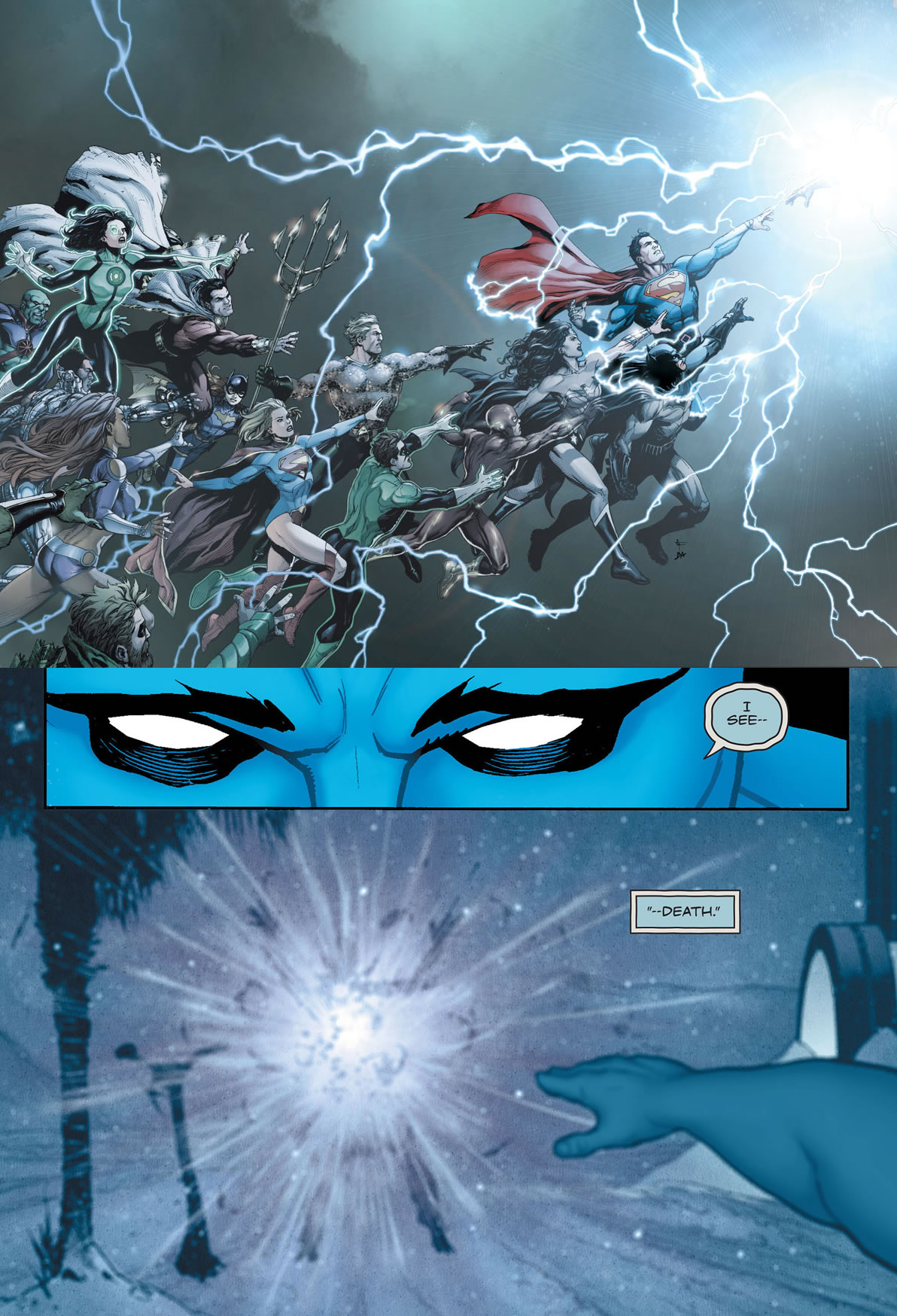 The DCn52 starts in September 2011 and was thought to be named after the 52 issues it was launching in the first month. It wasn’t long until the lineup changes as a few series got cancelled and a few new ones replaced them. Now it looks more like the DCn52 was named after a countdown to what has rewritten it’s history in probably the biggest turn up for events since Crisis.

By now you will probably know that Geoff Johns has written Watchmen into the DC comics mainstream universe. By doing this they have made Dr Manhattan the creator of the multiverse.

Personally I like the idea of folding Watchmen into the DC Universe but they way it’s been done just doesn’t make sense. All of a sudden they have made every other character from Superman to Flash pretty much expendable as Dr Manhattan can just think up a new universe.

With the DCn52 DC comics lost a lot of long time readers, with this I’m wondering if they will lose even more. It seems like all that investment fans have put into DC over the years by reading buying all those comics and Graphic Novels has gone out of the window.

The DC universe is massive, did it really need the Watchmen? It seems like what DC started doing in 1985 with Crisis on Infinite Earths to fix continuity issues between storylines has just made things worse. DC Universe Rebirth has even killed off Superman again in what feels like the least monumental way since He-Man stabbed him through the chest in the DC vs MOTU comic they did a few years ago.

If they have done it to tie up continuity issues does this mean Dr Manhattan created the Marvel and Judge Dredd universes as DC have crossed over to both of them in the past.

It feels like DC are just making big events to try and sell comics and movies, I really wish we could wind DC back to the 80s and 90s when they were writing comics to further the character and create new ones to really work fans imaginations. It feels like the endless crossovers, reboots DC are publishing now could be damaging their comics.

When the counts for top selling comics came in for 2015 DC only had one comic in the top 30 and that was DKIII a follow up on a series Frank Miller started in 1986. Even Spider-Gwen and Star Wars Lando were in the top 30 but no Superman, Justice League in sight.

One thing that could change everything for DC is if Alan Moore wont back the rights to Watchmen much like Jerry Siegel’s family almost did with Superman. At the moment Alan Moore doesn’t even get a mention on the credits when they use the Watchmen characters and DC own the rights to them until the Watchmen graphic novel is out of print.