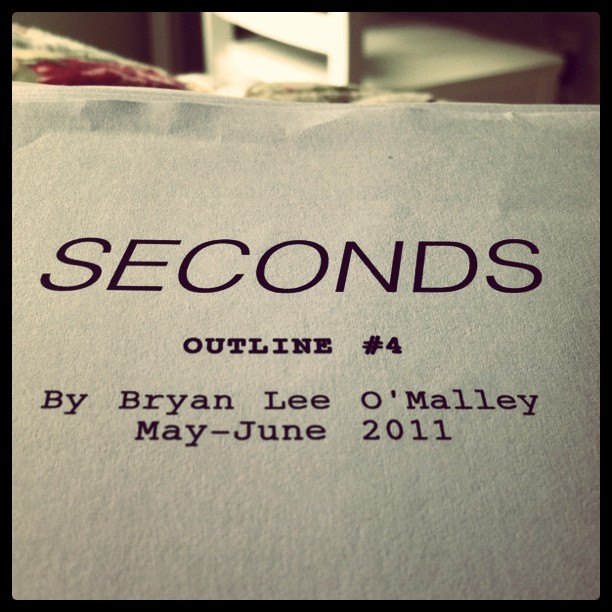 After Scott Pilgrim flew in with it’s awesome-o western manga style and developed a massive fan base many of us were left wondering what he would do next.

Although there is no official announcement 0’Milley has posted a draft for his next masterpiece called “Seconds”. Other than a draft title nothing else has been released but its amazing news for the Scott Pilgrim fans left rereading one of the most original series in comic history.

Like most announcements nowadays it was one of those short ambiguous bursts of info you find on twitter.