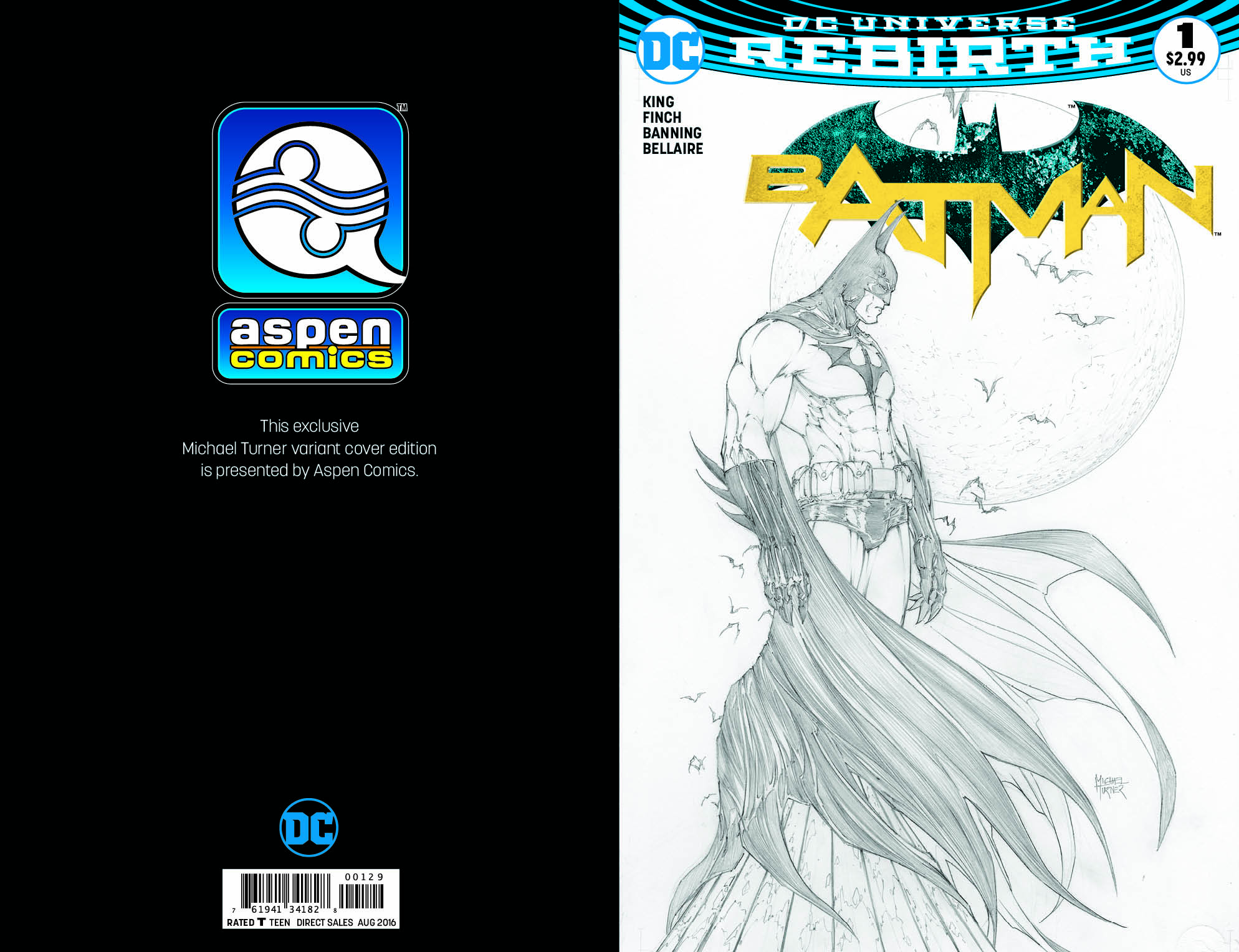 In 2008 we lost one of the most influential artists in modern comics when Michael Turner passed away. He has contributed to some huge titles in his career, launched many of his own series and even started his own publishing company Aspen Comics.

His work continues to influence artists all over the world and to mark his contribution to the industry Aspen Comics and DC are going to team up to release a series of exclusive variant covers for the DC Universe Rebirth series.

The first cover will be for Batman #1 which is due to be released on June 15th with more to be announced soon. It’s been made by one of his unused covers and colored by The Dark Knight Returns: The Last Crusade colorist Peter Steigerwald.

Michael Turners history with DC goes back to some of their most innovative titles from Superman: Godfall and Return of Supergirl which shaped the modern girl of steel. He has an amazing style to his art which many have tried to imitate but it’s still very recognisable.

These exclusive covers wont be available in your local comic book shop though as they are only available on www.aspenstore.com and will likely sell out on pre-order sales which start on June 1st. Each cover will also be limited to only 3,000 copies with an even more limited sketch variant which will only have 1,500 copies.

If the exclusive covers aren’t enough to sway you:

Batman #1 is written by Tom King with art by David Finch, Matt “Batt” Banning and Jordie Bellaire. Solicitation copy for the issue reads: “I AM GOTHAM” Chapter One. No one has ever stopped the Caped Crusader. Not The Joker. Not Two-Face. Not even the entire Justice League. But how does Batman confront a new hero who wants to save the city from the Dark Knight? 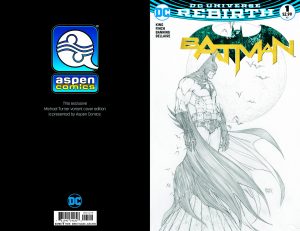 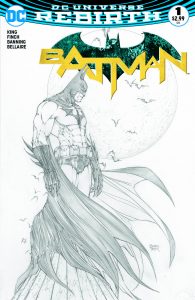 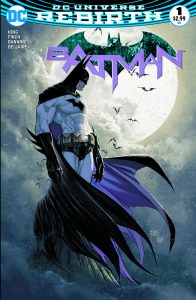 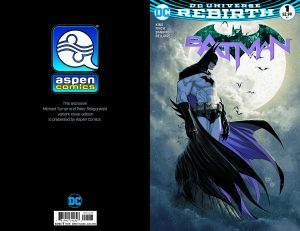