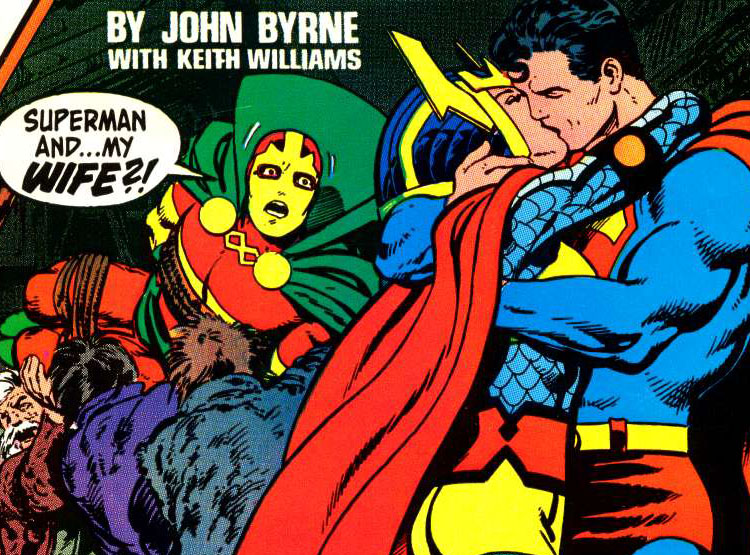 With over 70 years of comics you would expect some of Superman’s days would be more eventful than others. Issue 593 of Action comics written by John Byrne is one of the stories which stands out from other Superman adventures it also features Mister Miracle and Big Barda.

You may not have heard of Mister Miracle before, probably because after this issue of Action comics he would want to keep his head down. He has the worst day ever and some of the worst luck ever recorded in comic book pages.

Mister Miracle returns home after a long day of being a super hero hoping to see his super hero wife Big Barda but instead get a surprise to find Darkseid sitting in his arm chair drinking his whisky. Already pretty angry he confronts Darkseid and is given a video tape which he is told will explain his wife’s disappearance. He watches the tape with his side kick Oberon and both hugely shocked when the video starts and Big Barda is wearing heavy make-up and making a movie.

Meanwhile in suicide slums a film maker called Grossman is talking on a the phone when super villain Sleez a refugee from planet Apokolips walks in with Superman totally under his mind control powers, Sleez isn’t greedy, he doesn’t want to make Superman conquer the world for him or even rob a bank. All Sleez wants is to make super hero movies with a difference, He continues to introduce Big Barda who is still under his mind control.

Moving back to Mister Miracle’s worst day ever, he finds where the film was made in suicide slums and decided to take a closer look. This is when he gets attacked by a gang on bums, thrown in a sack, chained up, put in a dumpster, the dumpster is then welded shut and thrown in the river. I know what you think, what kind of a super hero gets so badly trashed by a gang of suicide slum bums. But he does manage to escape and moved back to Grossman and Sleez’s movie making set. By this time Superman and Big Barda are mid way in making their amateur movie when Grossman cuts to say “Superman has the sex appeal of a side of beef” Sleez then turns up his mind control powers and they continue to make the movie.

Just when Mister Miracle thinks his day can’t get any worse he finds the roof window above the movie set and catches Superman and his wife both trapped in Sleez’s mind control, he then crashes through the window just to get attacked by one of the fiercest creatures from Apokolips a squid like Ash-Crawler which over powers Mister Miracle till he manages to throw it towards Big Barda who then finds its only weakness.

By this time Sleez has managed to make a swift exit and manages to get away from Superman by lighting a match in a gas filled sewer. Big Barda by now has come to her senses and bids good bye to Superman with no apparent knowledge of the incident.

Quick run down of the worst day for a super hero

Back in the early days of comics they could get away with a lot more than they do now with characters such as Superman, Action Comics #593 is just one of the examples of how comics have changed in recent times. 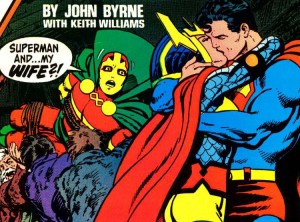 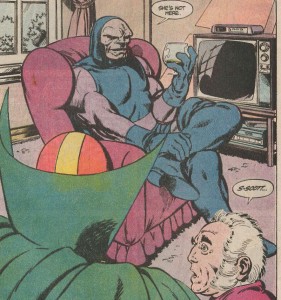 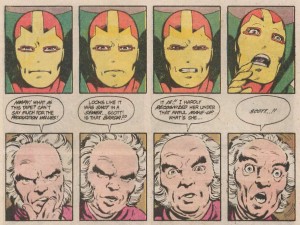 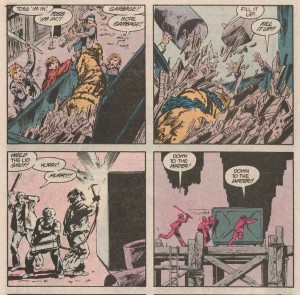 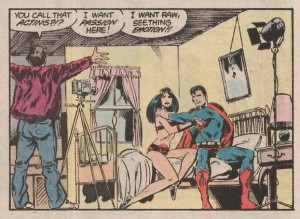 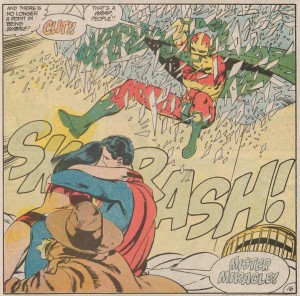 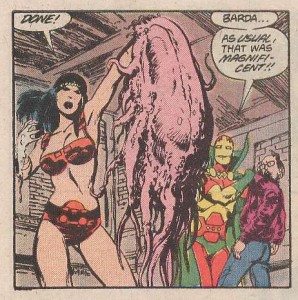 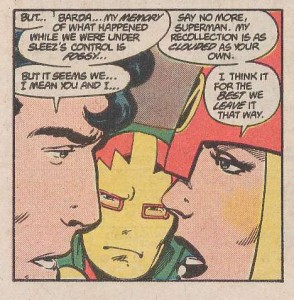