7String Track One by Nich Angell 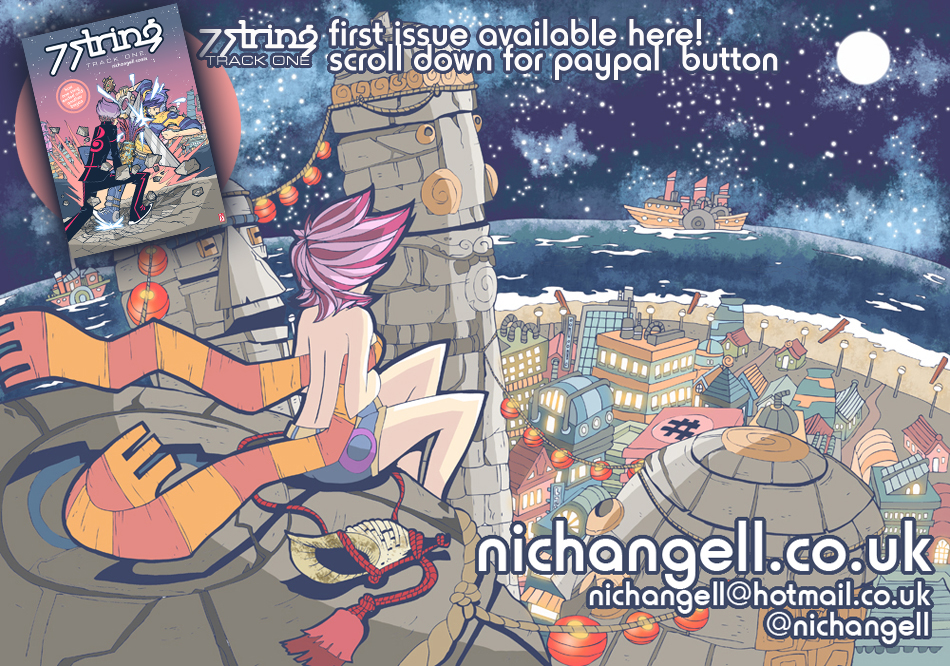 When I came across Nich Angell’s creative work I’ve been hooked on his westernised Manga style work. The latest piece of his work which I’ve read is 7String Track one. The first comic in the creator owned series.

The basic story is about a melody which flows through a Final Fantasy esc universe which one day is taken leaving the universe without it’s song.

It’s an indie comic which really brings the whole illustrated medium down to earth. The kind of imaginative work that comics are all about. A story which might not be translated in a lot of mediums as well. If you liked Scott Pilgrim and the Final Fantasy games like I did you will love 7String.

The artwork is pretty amazing. The comic is full colour A4 European style and there isn’t a line out of place. Each and every page also carries has a whole different story to tell from the scenery to the character development.

If you want to take a look at Nich’s work he runs a web comics called Cat and Meringue and he has some amazing work on his website where you can also pick up a copy of 7String direct from the source.

I’d love to see 7String as a full graphic novel or series. It’s got so many possibilities for future directions and after you’ve read the 20 or so pages from the first issue you really get left wanting more.