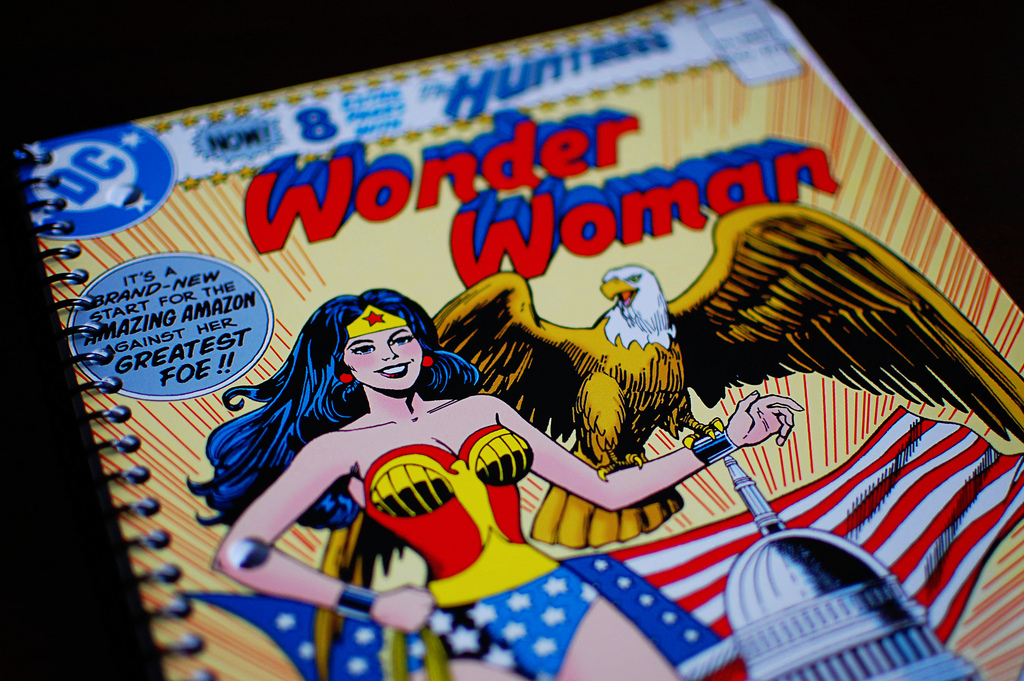 If you’re a Wonder Woman fan, there’s a good chance that June 2 is marked down in your calendar. After all, that day marks the release of Warner Bros’ newest movie, the long awaited Wonder Woman live action blockbuster that fans have been asking for for decades. Finally after over seventy years Diana Prince, our favourite Amazonian princess, will feature in her own solo release.

Of course, this will not be the first time Wonder Woman has appeared on screen altogether, as many fans are sure to recall Lynda Carter’s iconic Wonder Woman television series. Between 1975 and 1979, Wonder Woman gained more recognition than ever as fans were introduced to a warm, sensitive and yet incredibly powerful super heroine who managed to hold her own in a world that had previously only embraced male superheroes.

Although the Wonder Woman television series came to an end in the late 1970s, the influence of the comics as well as Lynda Carter’s continued to penetrate popular culture. In fact, while attempts to reboot the original TV show may have been unsuccessful, the classic 70s Wonder Woman has continued to thrive in other entertainment areas for many years now. Even modern leisure sectors have embraced Lynda’s legacy, further ensuring that her character is just as recognised as her male counterparts. For instance, there’s Wonder Woman Gold, an online slot inspired by the iconic television show and featuring Carter herself throughout. This title can be found at select online casinos including the Sun Bingo slot games portfolio, which includes similarly themed games like Zeus and Amazon Wilds.

Then, there is the social impact that Lynda Carter’s character inspired beyond commercial success. Wonder Woman represented a version of female empowerment that permeated strength and yet still strived for peace. Lynda Carter portrayed a character that went on to represent feminism, pacifism and the LGBT community, and in October 2016, Wonder Woman was even named a UN Honorary Ambassador for the Empowerment of Women and Girls.

When Ben Affleck was cast as Batman, there was no end to the opinions shared by professionals, fans and laymen alike. This was not the case when Gal Gadot was cast as Wonder Woman. There was some outrage based on the new costume and a bit of a reaction because the new actress is not American – despite the fact Wonder Woman herself is absolutely not American – but in comparison to Batffleck, Gadot’s reveal was… meh.

That was, of course, before the audience-dividing blockbuster that is Batman vs Superman: Dawn of Justice was released. Almost immediately after critics saw the movie, they were quick to point out how Gal Gadot’s Wonder Woman stole the show. This was undoubtedly a huge relief for the actress and fans of Wonder Woman alike as Gadot has so much to live up to.

When it comes to how the new release will compare to the original live action Wonder Woman, we think Lynda Carter said it best. “I’ll have to wait and see,” Carter stated back in 2014 when asked about Batman vs Superman. “I hate to comment on something that I haven’t seen and I’m very supportive of Gal Gadot. I’m very supportive of them doing Wonder Woman, putting her in any capacity. I think she needs to be out there. It’s high time somebody took a chance and did it and so I’m really happy about that.”

While we love Lynda Carter for her iconic performances as Wonder Woman, we have to admit we hope that Gal Gadot manages to give an even better performance. After all, Gadot’s performance and the new Wonder Woman instalment in general will have a lot of impact on the future of comic movies based entirely around female superheroes. This is especially true when the only previous movies we have are Elektra (2005) and Catwoman (2004), both of which aren’t so highly regarded among critics and audiences.

However, the responsibility does not lie solely with Gadot. We as an audience play the largest role in the final decision, as our support will encourage companies to continue making female-centric movies while disinterest will have the opposite affect. So, If you wish to see more of Wonder Woman in the future you should definitely plan to see the new movie when it is released.