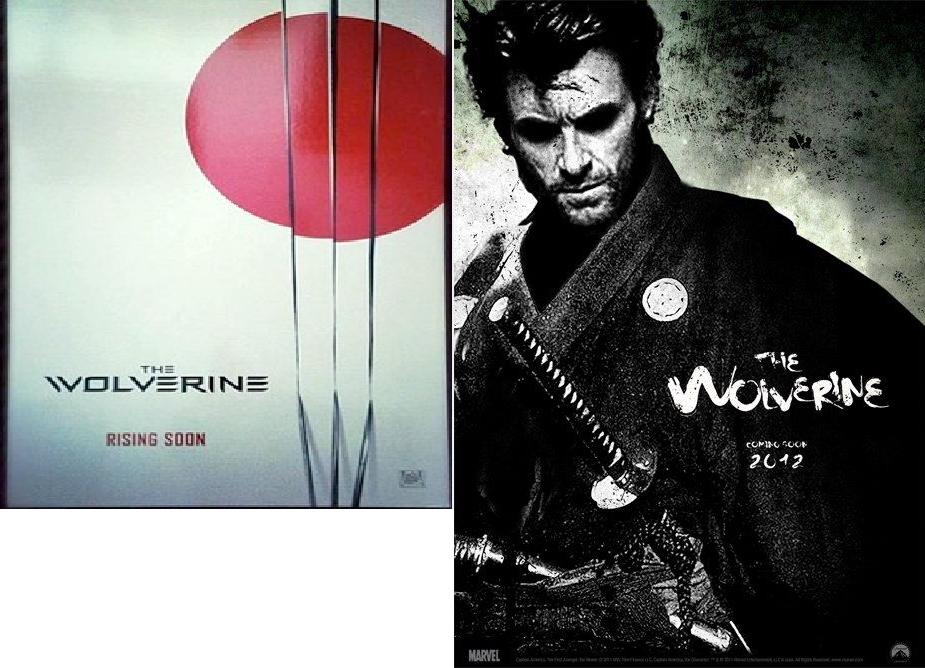 The Wolverine movie is nearing completion of its initial filming and its about time we saw posters and trailers beign released.

These two posters have been making their way round the net as rumored production samples. They each have a very different take on the movie.

The first shows a Japanese flag being sliced open by Wolverines claw which is a very strong message even for such a simple poster. Defacing any national flag could be seen as very offensive image to anyone and although it’s not been confirmed as the official poster it has yet to be rejected by by Fox as a piece of fan work.

The second poster is a very different image which is instantly recognisable as Wolverine but with the upgrade of a kick ass Samurai Sword and a slightly better costume than that in the X-men movies.

Both the posters be them official or fan works look pretty epic and a great teaser for the 2013 movie which will be going head to head with other comic book movies like Superman and Iron Man 3.