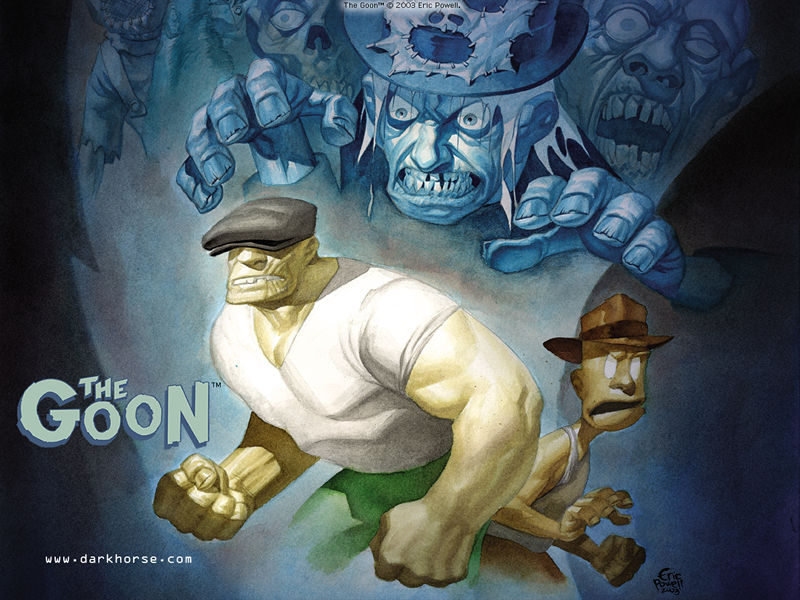 The Goon has been one of Dark Horses biggest titles over the last decade and with the success DC and Marvel have had with movies recently its not surprising Dark horse wanted a piece of the comic book movie pie.

One of the great things about the Goon movie is the fact it was written buy the guy behind success of the comic Eric Powell. Combined with David Fincher who worked on Fight club and Se7en it looks like Toy Story meets Sin City.

The movie is going to take the comic book movie world by the ears as it’s all CGI but with a sharp comic book comedy about it. In a CGI film about a world taken over by zombies, Vampires and all sorts or mad monsters the makers have broken the mold on the use of CGI. It’s definatly going to push the movie making bar higher after Scott Pilgrim is released later this year.

The making of the film has been kept tightly under wraps since it was announced in 2008. At this years comic con the first look at the trailer went on show and it looks amazing.