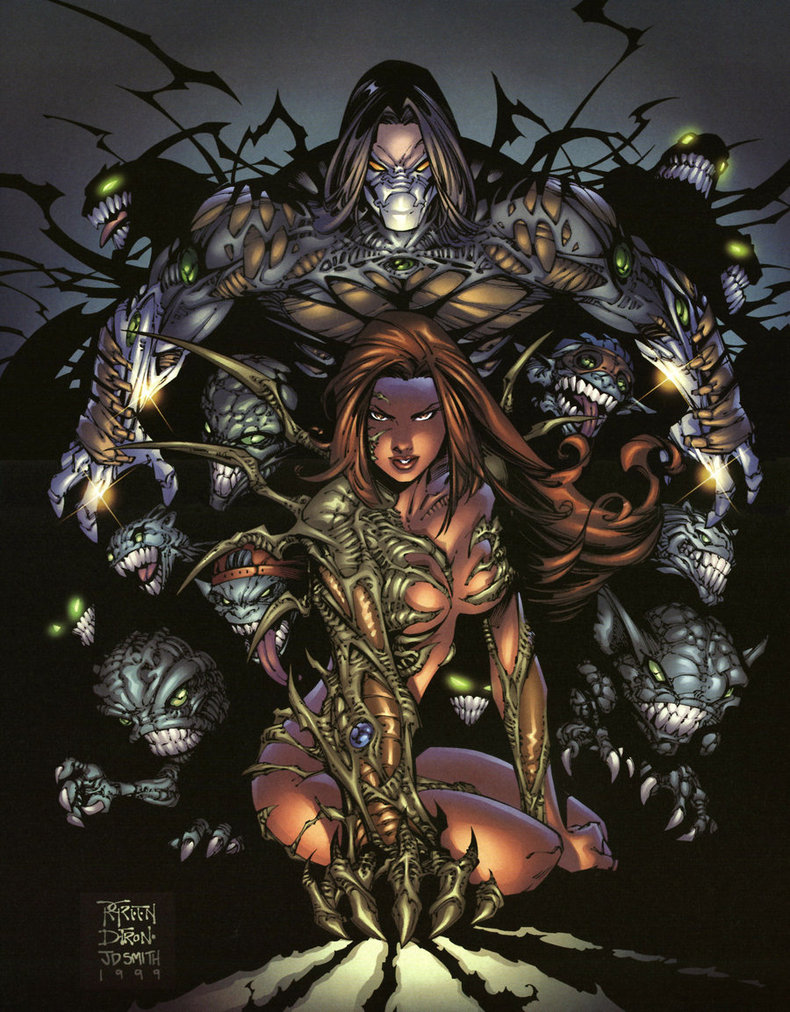 There have been plans for a Witchblade movie since the early 2000s and since then the idea has evolved into a whole new direction.

A movie which will be based on Top Cows other top series The Darkness is in production and will also include Witchblade bearer Sara Pezzini.

For those not familior with The Darkness it’s set around a mafia hitman who gains control over an ancient force which gives him all sorts of powers from stength to control over demonic beings.

The Darkness movie shouldn’t have the same problems the Witchblade movie did as it alsready has Underworld director Len Weisman attached.

Cast wise there hasn’t been any news so far which means the movie won’t be released before 2016. The Witchblade movie at one point had Megan Fox attached to play Sara Pezzini so it’s possible she could be asked to be in this movie too.

The news came from MTV-Geek in an interview with Marc Silvestri the CEO at Top Cow Productions.