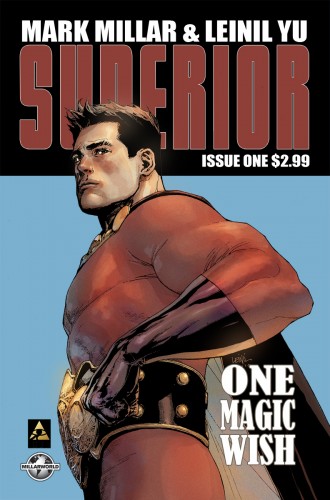 Mark Millar is one of the real icons for modern comics with a background in writing some pretty big titles for both DC, Marvel and not with his own publishing company Icon. Superior is Marks most recent creator owned series and has already become one of his most popular with fans.

Superior is about a boy called Simon who is wheelchair bound with multiple sclerosis. He is a fan of super heroes and given a magical wish from a space monkey he is transformed into his comic book hero Superior.

Superior is a cross between the movie Big and Superman, two great movies rolled into one. With the delays from DC in producing the next Superman movie there is room for Superior to sneak in and take the #1 spot of everybody’s favorite caped super hero (After Batman obviously).

Mark Millar has also recently said he has one of the high profile actors of 2010 to play Superior in the movie but who it is wont be released till January.