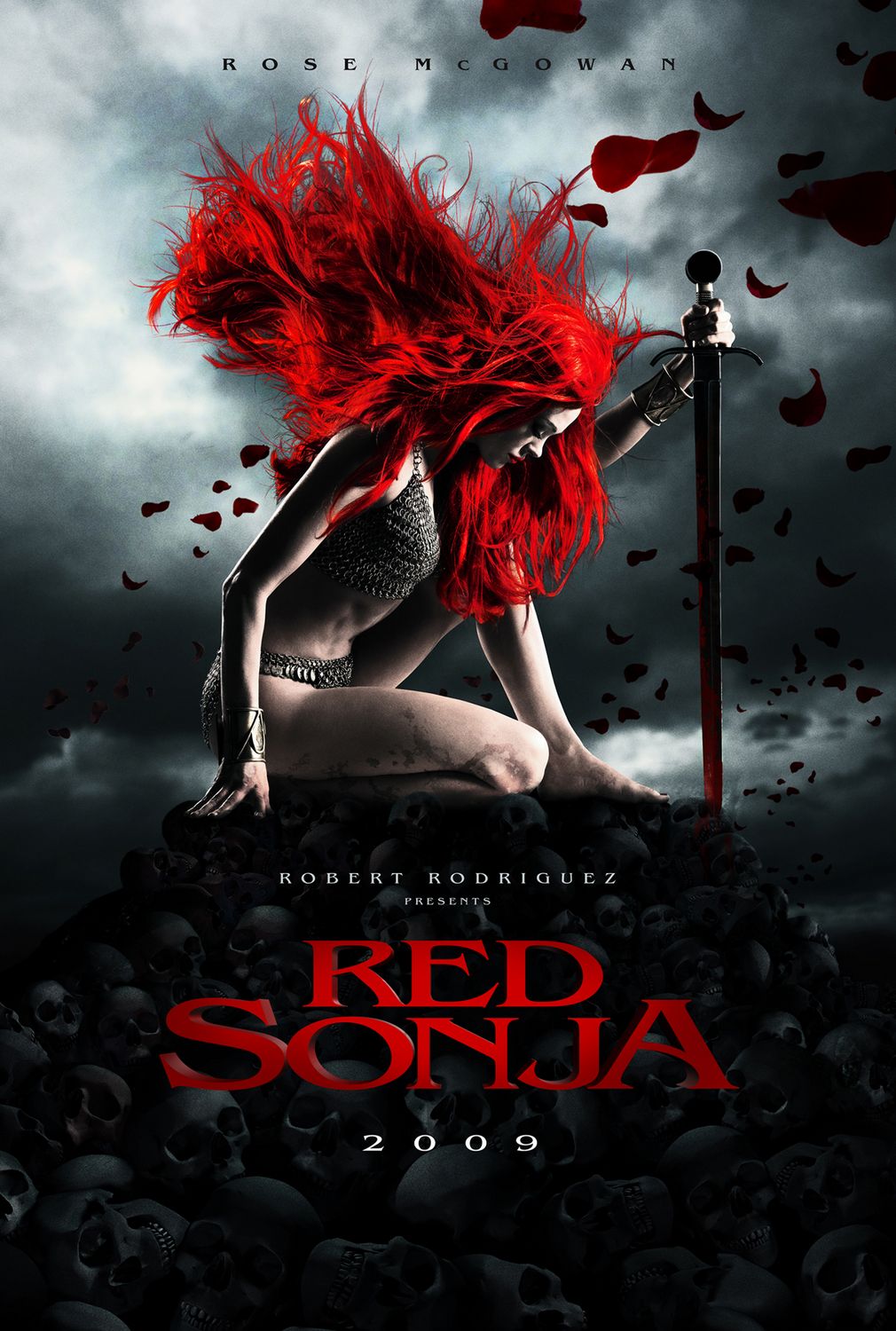 I can’t get a days rest without finding another comic book movie in the works. With a lot of the major stars of comics having been done to death all the film makers seem to be fighting for the next big heroine.

Once a sub character in Conan the barbarian comic Red Sonja has got her own film in the works, although they haven’t got a script yet they have signed a director and star for the film.

The film has signed a producer by the name of Robert Rodriguez who Directed Sin City and Planet Terror which should have your attention. The director signed is Douglas Aarniokoski who worked on From Dusk Till Dawn and Highlander:Endgame. Ok well if that isn’t enough the film has signed Rose McGowan from Charmed, Planet Terror, Deathproof and The Black Dahlia.

Ok again I have to admit when I heard of this film I didn’t expect to see much but after a bit of research I can’t wait for this one.