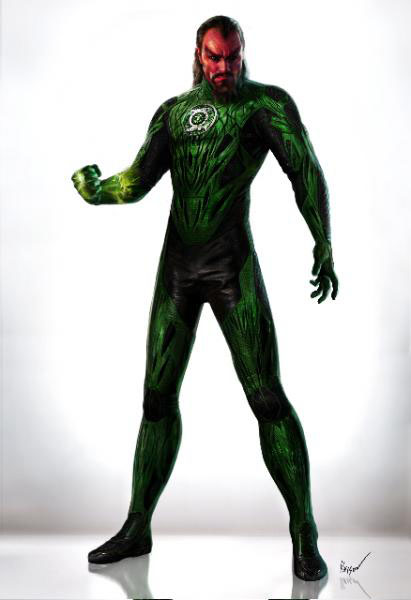 The Green Lantern movie has been filming for a few weeks now and aparantly they have just filmed the squence where Hal gets the ring to become part of the Lantern Corps. If your not too familiar with The Lantern pick up a copy of Green Lantern : First Flight which will at least give you the basic origin of the character.

But what’s a superhero without a super-villain, just a pain old super dude that’s what! So to give Hal a worthy adversary WB have cast Mark Strong to play Thaal Sinestro the once a mentor now arch-nemesis to Hal who will be played by Ryan Reynolds. Mark is probabably best known for his recent part in the Kick-Ass movie.

The news of Mark Strong being cast came directly from Geoff Johns who is responsible for keeping most of the DC comics stories on track.

Back from an amazing trip to Green Lantern town a.k.a. New Orleans!! Ryan IS Hal. And Mark Strong is going to be a brilliant Sinestro.

If you want to have a look at what Mark Strong and the other cast will look like in the movie we have some of the early concept art from a few months ago.

The release date is set for June 2011 so plenty of time to stockpile the Lanert T-shirts and track down the limited edition ring to take to the cinema.