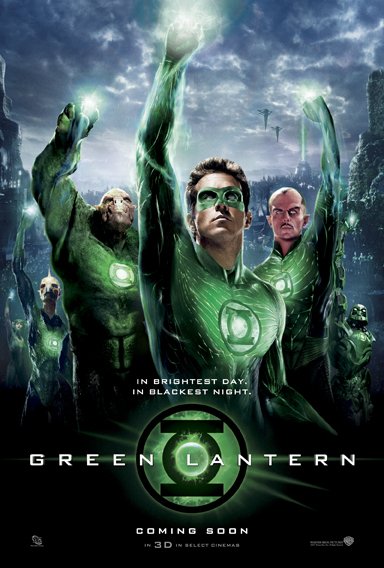 Kicking off the Green Lantern Review I have to say I did like the movie. I knew it wouldn’t be the next Watchmen or Dark Knight but it was a pretty cool fan boy concept.

Out of all the Justice League I think Green Lantern is the hardest to sell to the main stream cinema going public. So mixing a fan boy script and a studio who have obviously made a few too many edits and you get the Green Lantern movie.

When the movie was announced I did think it was going to be pretty cool, then a few weeks into development the early script was leaked and I thought WOW that’s going to be amazing. There was a cameo of Superman and a bit more Green Lantern Corps inclusion and a whole lot of awesome.

What happened between the script being written and the final cut I can’t imagine. The saying “Too many cooks spoils the kick ass movie” springs to mind. The original script was was awesome and was pretty much self contained awesomeness. But today they wont make a comic book movie without there being easy scope for a second and third movie hence why the script was cut to buggery.

But the film was still pretty cool. We got to see the Parallax and some amazing scenes on Oa which explain the origins of the Lantern but only enough as you need leaving plenty of room for the sequel to go into more depth.

The special effects were pretty amazing, I didn’t pay the extra for the 3D experience but seeing some of the things they did with CGI in 2D was enough. The whole CGI costume was a nice touch and I can’t wait for the making of DVD extras.

The film was very reminiscent of Superman Returns and Superman 2. Both films were fan based but in the way only a fan would get a lot of the story. Then the studio suits come in and ruin it with “edits” which take out all the cool nods to the comics to make it more digestible for the none-fans.

Finally lets hope this movie brings us one step closer to a Justice League movie. There is a rumour going round that Ryan Reynolds might be playing the Flash too in the not too distant future but that would just be too wrong. How can you play the Green Lantern and the Flash. If they do make a Flash movie it better be perfect as he is the most under rated characters in the world ever and needs a kick as movie.

Overall it was a pretty cool movie and highly recommended. Lets be optimistic for a decent directors cut too one day. 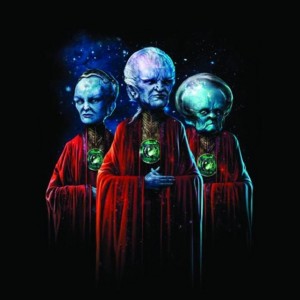