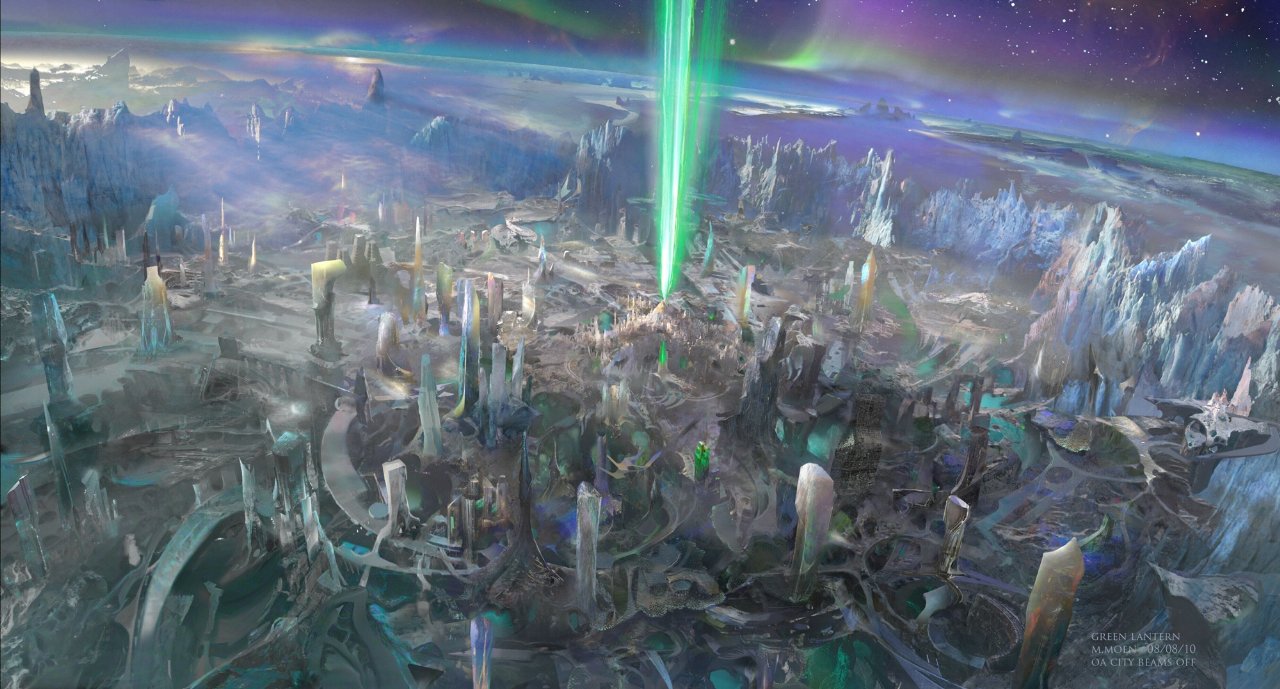 Thanks to the wonders of the internet we have some more leaked concept art from next years Green Lantern movie. Like the previous concept art it’s all CGI based which is looking pretty promising.

The new images feature a few planetary shots and landscapes. The movie is going to be heavily CGI and could feature more CGI than Transformers and Revenger of the Fallen put together.

With the popularity in 3D movies and IMAX it means the Green Lantern movie will hit the ground running with the general cinema going public and still wow the ass off DC comic fans world wide.

Although I don’t know where these images originated from they seem to match up with the other concept art style and look authentic. 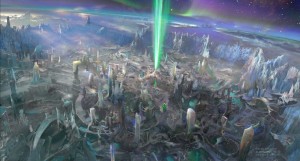