With a lot of the comic book movies released recently the production companies have tried to keep the whole project under wraps with un-named projects and remote filming locations. Not the case with the Green Lantern movie though as we have seen concept art before filming began and now have a few members in costume too.

So yeah it’s a pretty cool cast so far. We also already know it’s going to be heavy with the CGI. The lantern costumes are rumoured to be similar to Rorschach’s mask in the Watchmen but full body animation.

Thanks to MTV Splash page we also have the first pictures of Peter Sarsgaard as Hector Hammond with the full head mask on along with a photo of Ryan Reynolds all marked up ready for the CGI costume. 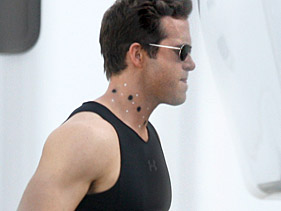 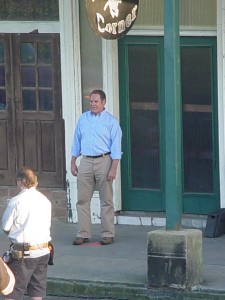 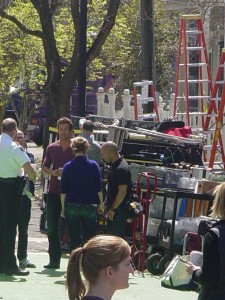