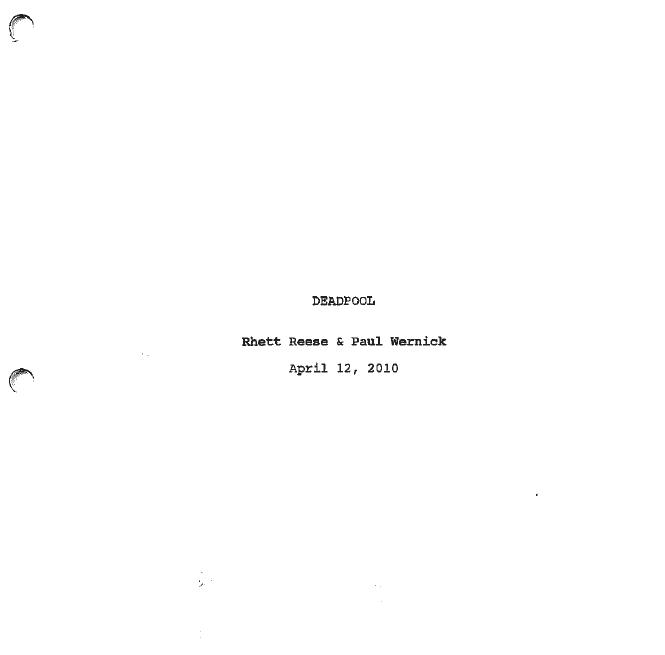 When the X-Men movies came out the world fell in love with Wolverine and his kick-ass attitude. When it was announced he would get his own movie everybody was super excited.

But when the Wolverine movie was released it was a little hit and miss. Some loved it but for most it lacked Wolverine’s kick-ass attitude and lost the plot a little. One thing everybody can agree with was how amazing Ryan Reynolds was as Deadpool.

The Deadpool movie got signed before the Wolverine sequel. But with schedules, contracts and demand Ryan Reynolds began work on The Green Lantern movie before Deadpool leaving it in comic book movie limbo.

The original script for Deadpool was written by Zombieland writers Rhett Reese and Paul Wernick and has now been released on-line to give fans either a preview of what could have been or fingers crossed what we have to look forward to.

The script is defiantly a mix Deadpool the comic and a little general action comedy for fans of the character who haven’t been reading the comics.

Joe Kelly who has had a big influence of the character told MTV.

I personally would have him kill Weapon XI in the opening sequence, I think that would be something fans would enjoy and be a nod, like, hey, we’re going to get it right. But that’s just me!

Personally I hope they don’t have to compromise the comic character too much to suit the general public. If the script preview is anything to go off we could have a pretty cool comic book movie on our hands.

What are your opinions on the script?