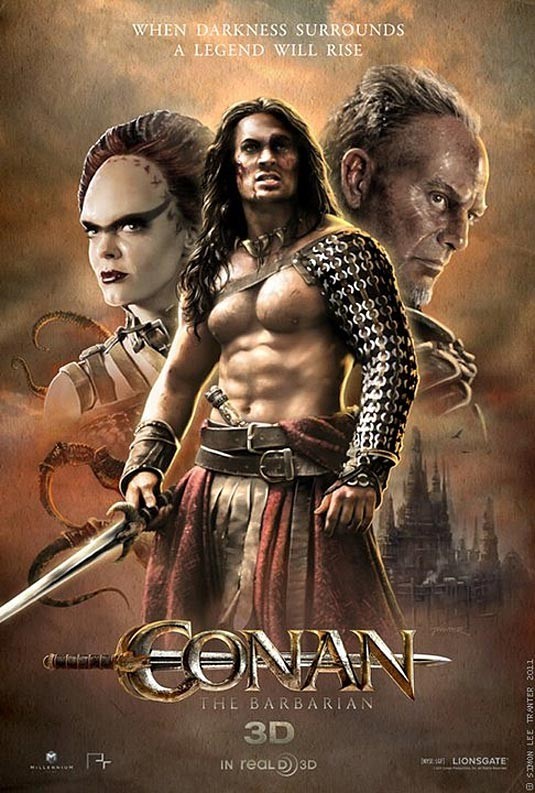 It’s a story that could have been told in many different ways. A sequel to the original with Arnold Schwarzenegger was planned but not much surfaced till years after.

When the reboot plans began to bring barbarians back to the cinema it was originally going to start with Red Sonja which had a movie poster, cast including Rose McGowan and a release date at one point but was cancelled. Once Red Sonja was released Conan was planned to follow.

With Red Sonja Cancelled Rose McGowan joined the cast of Conan as Marique.

Game of Thrones actor Jason Momoa was cast as Conan and Marcus Nispel as the director. Production began with a lot more success than previous barbarian movies planned.

Post release the movie has been a huge success but at the moment no sequel is planned and we probably wont see another Conan movie for another few decades due to recent legal issues involving comic book legend Stan Lee.

The legal issues at the moment come from Stan Lee Media, Inc. A company which filed for bankruptcy back in 2001 and claim that if they kept the rights to Conan they may have stayed afloat. In return they want 100% of the movies profits which in turn make a Sequel near enough impossible for the foreseeable future.