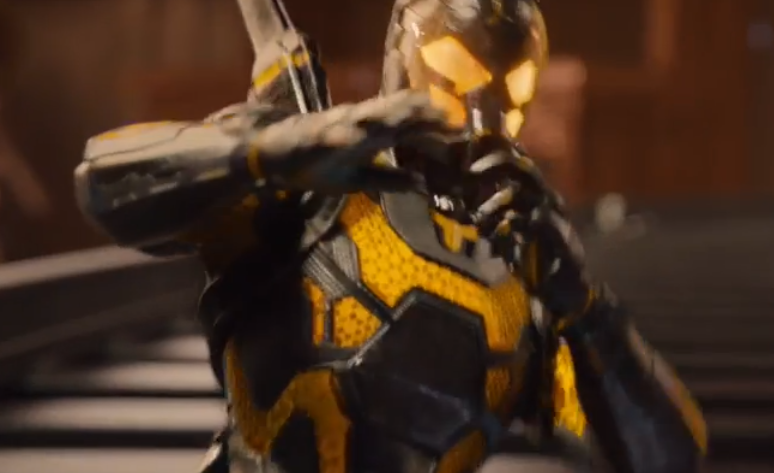 When Marvel started work on its movieverse built around the Avengers they left one of the biggest members out but now it’s time for Ant-man to finally get his cinematic debut.

The latest trailer is due to be on general release in the cinema before Avengers 2 : Age of Ultron. The new trailer shows us loads of new clips along as a re mastered version of that teaser we saw from comic con where Ant-man shrinks and runs along the top of that gun while taking out the guards.

It also marks the first of what should be many Thomas the Tank engines cameos. I’m not sure how they got his agent to agree to it but I’m glad they did.

This is going to be the final trailer and all we see of Paul Rudd’s Ant-man before the July 2015 Release Date.

Out of all the action promised in Civil War there is one thing we can be sure of and that’s a big entreance of Ant-man as he joins the Avengers in some way.