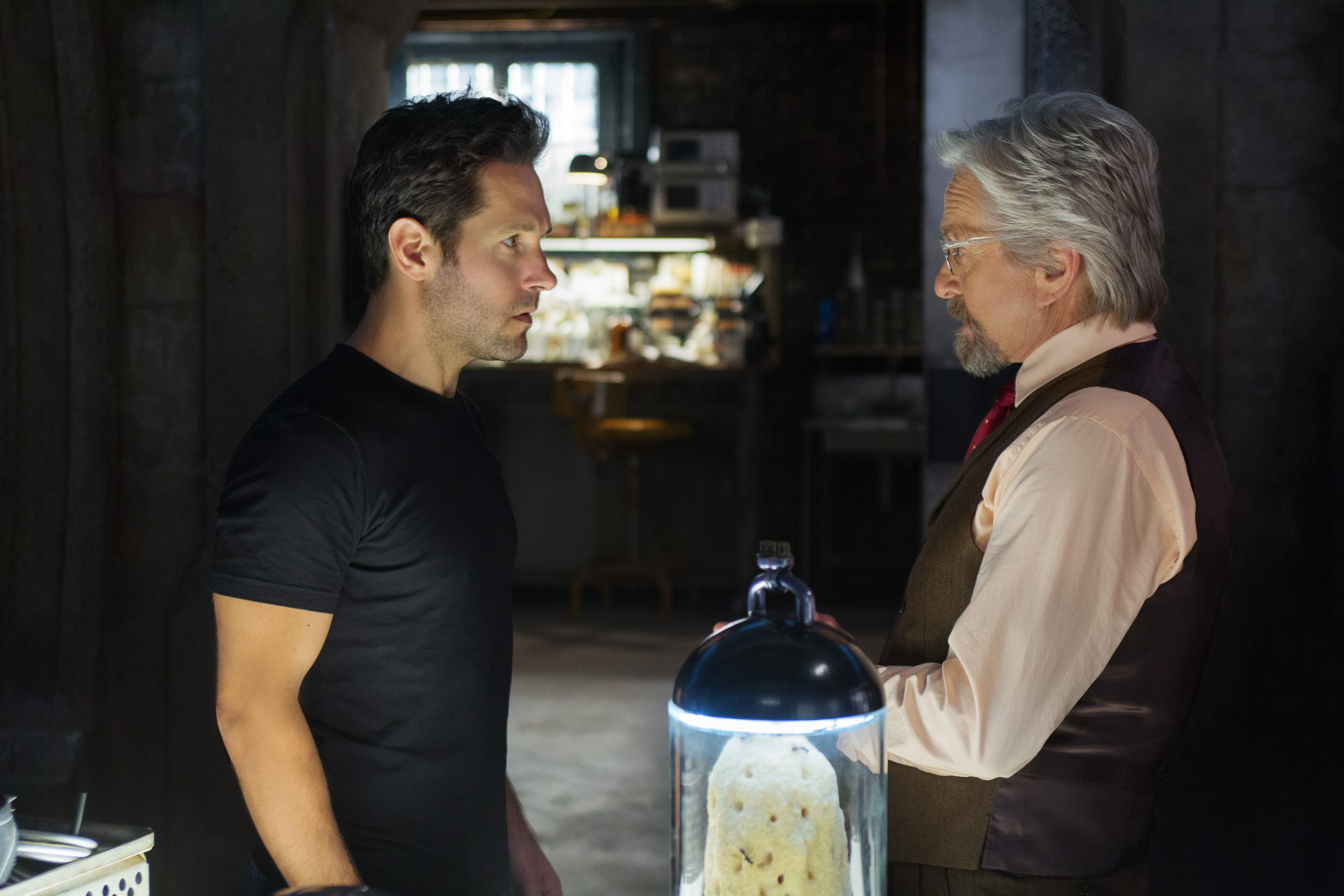 "Big action on a small scale"

Spoilers ahead so turn back now if you don’t want to know more.

Though numerous comic book movies over the years we have come a lot more open minded about powers and abilities used in the movies. If Ant-man was released years ago I don’t think it would have been taken too seriously but thanks to the Avengers movies each new one pushes the bar a little higher than the last in terms of the fantastic.

Where this movie sits on the awesome scale is maybe a little behind the first Ironman movie and a little in front of the first Avengers movie. Even James Gunn said it was one of his his favorite Marvel movies second to only Iron-man and probably Guardians too.

The comic Avengers that I first came in contact with was Mark Millers Ultimates and the Ant-man in that was a modern day Hank Pym. With this movie it looks like Marvel want to revisit more of the founding days of SHIELD and have put Hank Pym back as one of the first members along with Howard Stark leaving Scott Lang the second Ant-man to be the main hero in this movie.

Scott Lang is a much more interesting addition to the Avengers, we already have scientists with Bruce Banner and Tony Stark, Scott is a professional cat burglar (Not a robber) which will help diversify the current Avengers team and add some comic relief to them too.

The film has something for everyone and is a lot of fun, it’s not as serious or epic as the Captain America movies but has a lot of grounding. They have managed to fit a lot in this movie which at times comes across a bit rushed, it’s very fast paced and deserves a re watch. They cover the history of Hank Pym, his family SHIELD, Scott Langs family and history and it’s almost like they have run through a movie, prequel and sequel all in one.

When we look back on Hank Pyms history it’s almost the biggest tease in Marvel movies history so far, sorry Star Lords father. I really want to see a movie about him inventing the suit and how he and his wife went around the world fighting Hydra. It’s a big part of the story which is brushed over in the movie way too quick. If they come back to cover this all in the Agent Carter series fair enough but if they don’t they are missing a trick.

It’s nice to have a big movie released which does have a compressed story instead of a Hobbit like over stretched story but I really hope Marvel find a way to return to those early days of Ant-man.

Peyton Reed stepped up to direct Ant-man after Edgar Wright dropped out and such a great job he’s done. I loved his work on Bring it On and with any luck Marvel will be able to get him back on to do a sequel although I don’t think an Ant-man sequel has been confirmed yet.

Bad points: It was a great film so don’t thing these take anything from the movie but there was a few things that didn’t fall into place.

Saying that I might just be nit picking and small details, overall it was an amazing movie and I’m glad Paul Rudd has joined the cast of the Avengers.

I’m not sure what Marvel Studios has planned for the movies but they have a lot of new members of the Avengers team now.  I’m not sure if that takes away from this movie a little. It’s like they have made a few new movies just to top up the Avengers team. I liked the Avengers movies but I liked Ant-man just as much if not more. It’s a shame such a large chunk of the individual movies are made just to contribute to a team up movie which is released every few years.

With no sequel planned yet I really hope they manage to sign everyone up for one. They left a lot of big questions unanswered and opened up the Marvel cinematic universe to a few new concepts.

Over all it’s an amazing movie with something that would appear to most people. Paul Rudd and Michael Douglas were good choices to play the lead roles and I hope they return to the Marvel movies along with director Peyton Reed.