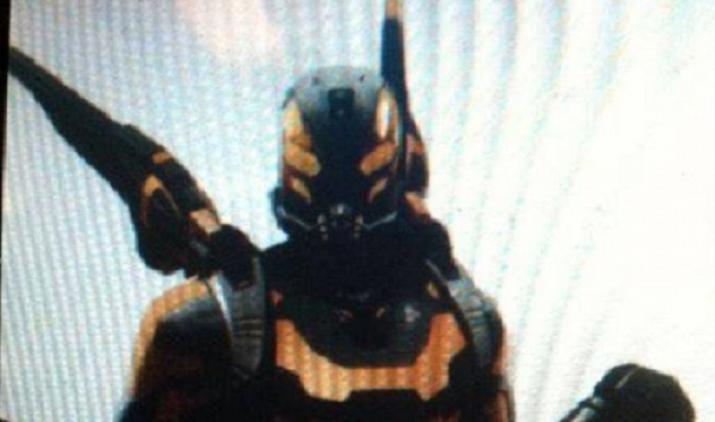 Both the concept art and the first picture of the Antman movie villain Yellowjacket have been leaked via social media.

In the Antman movie actor Corey Stoll will play the film’s main villain Darren Cross, a former protégé of Pym, who takes over Pym’s company and acquires Pym’s technology to create the Yellowjacket suit.

The Yellowjacket suit will be similor to the Antman suit as it can also shift size but it has the added advantage of being able to fly thanks to its wasp like wings.

The final costume doesn’t differ too much from the concept art but it’s great to see more from the Antman movie. 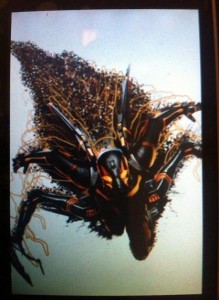