Ant-man poster confirms he can talk to ants 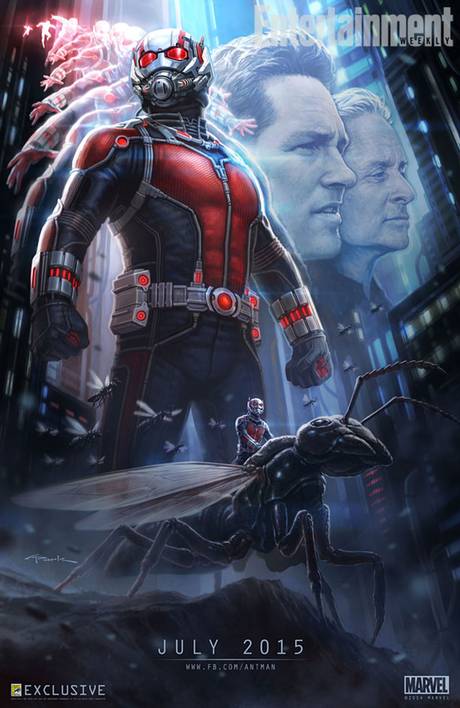 Marvel have released the first poster for Ant-man at this years SDCC and it looks amazing. It’s got the past and present Ant-man with Michael Douglas and Paul Rudd. We knew about the size shifting but this is the first confirmation we have had that he will also have his ability to talk to insects in the movie.

Even with the recent director and writer changes the movie is still set for a July 2015 release date.

Marvel Studios have taken massive leaps over the last few years by adding characters like Thor and Guardians of the Galaxy to it’s movie universe. Ant-man is going to be the start of a whole new dimention to the Avengers when he signs up. It will open the door to other members joining the already very tight team. It will also open the door us accepting all sorts of powers in the Marvel movies.