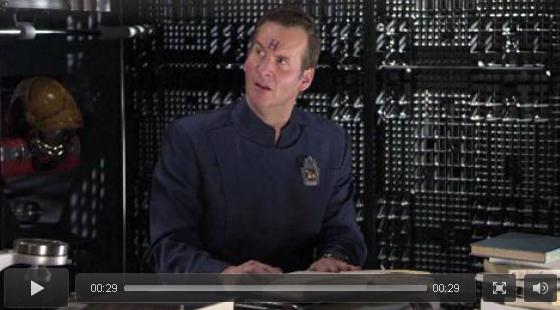 Series 9 of Red Dwarf was a dissapointment even for the biggest fans of the cult UK sci-fi series. But fear not the TV netowrk which will be airing the series has given fans the chance to see a few small previews.

The clips are behind a password protected video but fear not, after braving the Red Dwarf marathon I have one of the passwords.

Just visit the Dave site and enter “moose” into the password box.

It’s not as long as the first preview of series 10 but still well worth a watch.

The series starts ont eh 4th October in the UK.