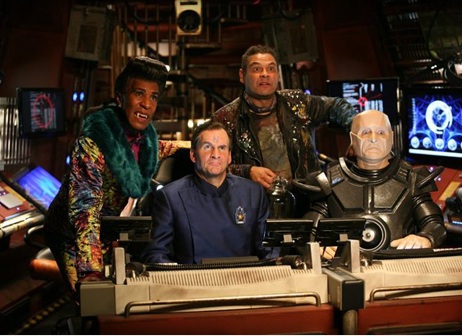 Thanks to the UK television network Dave Red Dwarf fans around the world will have another chance to see the crew reunited once again after the arguable terrible series nine.

Series nine had a pretty good welcome although fans of Red Dwarf turned on the three episode mini series when it was obvious that bringing back the original cast wasn’t enough. It needed to go back to its roots and not Coronation Street.

The trailer for series 10 does look like it’s heading in the right direction and we get to see a full six episode series due at the end of the year.

Thanks to Star Burst Magazine for the news