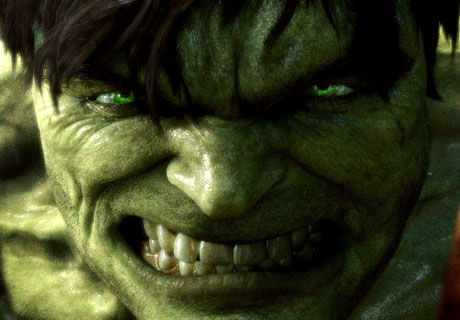 A few months ago Marvel announced they were setting up a new TV division which is being lead by Jeph Loeb to make shows based on the Marvel comics. Now we have confirmation on the first to be released, The Incredible Hulk.

The Incredible Hulk has had two mediocre movies released in the last few years. Both were cool movies to comic fans but they both rushed the back story, left out a lot of classic characters and made things look too easy for the Hulk.

With a new TV series hopefully they can take there time with the story and hopefully since CGI is a lot cheaper ans easier to do for TV now we will still get the full movie impact combined with a better understanding of the whole Bruce and Hulk scenario.

Casting hasn’t been confirmed yet but it could explain why they chose Mark Ruffalo to play Bruce Banner instead of Edward Norton. Mark has done more TV work and even TV movies and would an awesome choice for the role. Having the Avengers movies cross over with a Hulk TV show could really push the bar higher for comic adaptations.

The TV series will be produced by ABC which has also taken on the Walking Dead and even though the first series hasn’t aired yet it has already been signed for a second series.

The original Incredible Hulk TV series ran for five series and made several TV movies. There must be something with the Hulk that translated to TV so well. Hopefully the new series will be able to tie in with the movies and lead to move comic based TV series.

Fingers crossed someone will make more comics like Constantine into a series, the movie was pretty cool but it would translate so well for television.