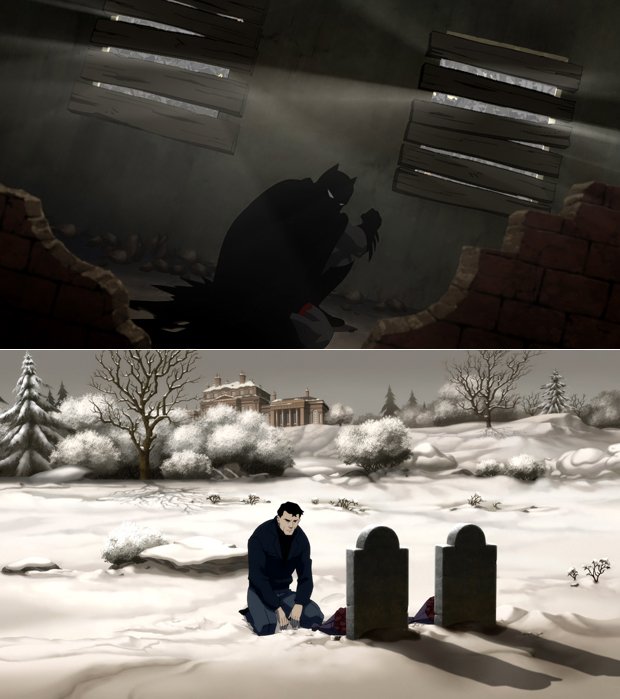 It was the first Graphic Novel I ever read and is still one of the greatest series ever written. The comic legend Frank Miller was employed by DC to reinvent the caped crusader and so the Dark Knight was born.

Frank Miller wrote some of the most original Batman stories ever to hit the comic shelves and now his work is being translated into my favourite format ever the animated movie.

Batman: Year One was extremely close to being made into a movie instead of Christopher Nolans Batman Trilogy and even made it to the near final draft for a movie script but was shot down in favour of Nolans Batman Begins.

The animated movie script will be adapted by Tab Murphy who wrote Tarzan and Superman/Batman: Apocalypse which fills me with confidence.

There is a strong rumour that Dark Knight Returns and Batman Strikes again may also be in production. Frank Millers Batman stories ended with All-Star Batman and Robin which was delayed/cancelled and may be one of the best Batman books ever written.