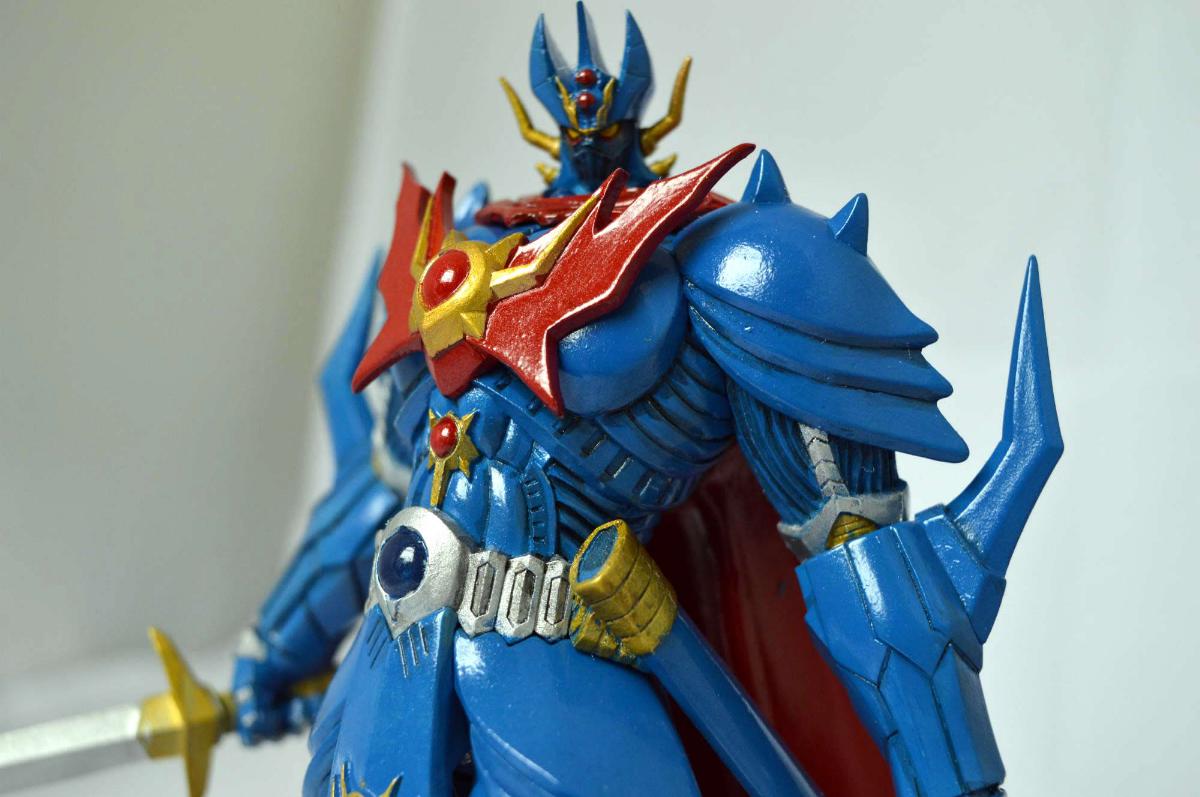 "A must have kit for any Mazinger fan"

This is one of the reasons I love e2046, they source some of the rarest and unique statues made and bring them to the masses at really good prices too. You have probably heard of Mazinger Z the grandfather of all super robots. You may have also heard about his predecessor Mazinkaiser but only the diehard Go Nagai fans will have heard of MazinSaga.

MazinSaga was a six volume manga from Mazinger Z creator Go Nagai. The original series from what I’ve seen was never totally finished but had a very different take on Mazinger than his over stories. In MazinSaga it wasn’t a giant robot but more of an advanced armour which gave the wearer super powers. The look and overall feel of the design looked a lot like Mazinger although this wasn’t set in the same universe as most of the other Go Nagai mangas.

In turn as far as I know they never made any toys based on MazinSaga and not a lot of merchandise which makes this statue kit a really nice feature in any collection.

The statue fits in with the other Mazinger statues which are about 8 to 10 inches tall, so far I’ve managed to build three of them and I’d like to build as many as I can to build one super statue. 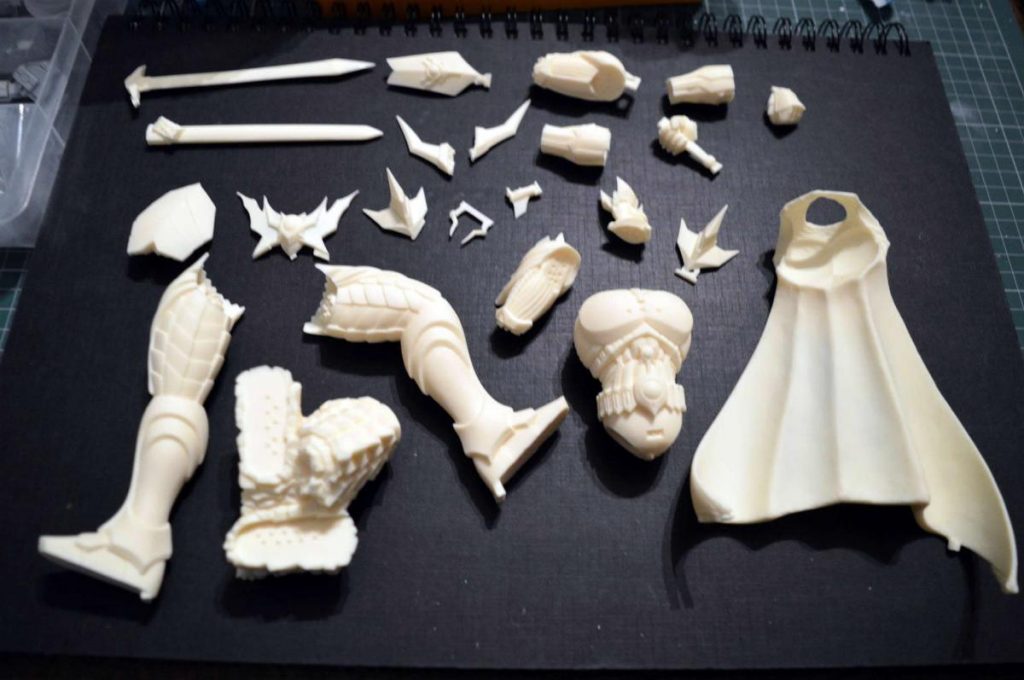 I’ve ordered a few resin kits from e2046.com and so far haven’t been disappointed with any. Each one has had it’s own challenges and I’ve learnt a lot about painting and assembly of statues from them. I started off using brushes and a basic set of tools to build resin kits and now I’ve upgraded to using an Airbrush and added a few extra bits to my toolbox too.

I don’t think these kits are super difficult to make but it depends on what you’re happy with. My first big statue was the Great Mazinger kit which was hand painted and modified with an LED. At the time I thought it was amazing and couldn’t imagine doing a better job, but now a year or so on I wish I could start again with everything I’ve learnt since to do a better job.

It’s one of the charms of making your own statues, it’s going to be totally unique as you’ve painted it yourself and you can make it as detailed as you like. These statues are so well sculpted sometimes I’m tempted to just assemble them and paint them with a grey primer and add some highlights. They really are beautifully built and I’d highly recommend resin kits as a hobby to anyone who likes using their hands and wants to get away from your computer and social media for a few hours. In fact many hours, it took me a good few weeks to build this one on and off.

If you’re new to resin kits don’t worry, like I mentioned you just have to try your best. It’s like any piece of artwork in that it will never be finished. There will always be a bit you want to change or improve or add more detail to. 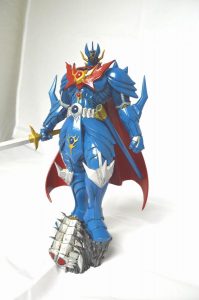 If this was your first resin kit there are a few things you might need:

After building a few kits I felt comfortable infesting in an Airbrush, they don’t need to cost a lot but if you’re painting a few models throughout the year it could pay for it’self. Some of the benefits of using an airbrush include.

Out of all the Mazinger statues I’ve done so far this was probably the easiest. With most of the body being blue you don’t need to mask off too much. You could just prime, paint it all blue then add detail and highlights and you’re all set. The cape is an optional piece which give the statue a bit of variation too.

I’d love to paint a few more of these and try it out with different colors. The whole kit would look amazing with red as a main color instead of blue or trying it out in classic Mazinger Z colors would look cool too.

Overall it’s a must have for any Mazinger fan and a good introduction kit if you haven’t worked with resin kits before. 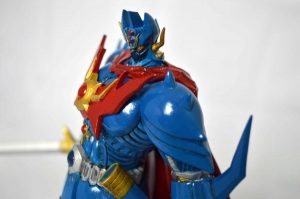 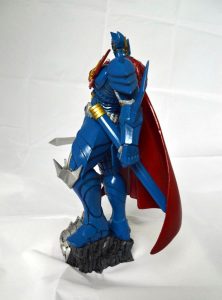 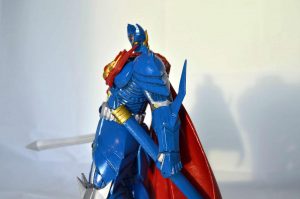 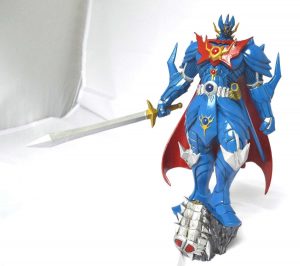 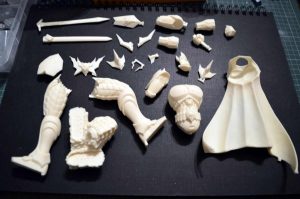 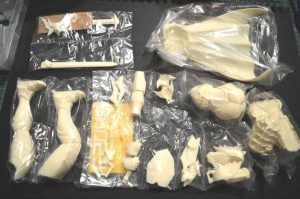 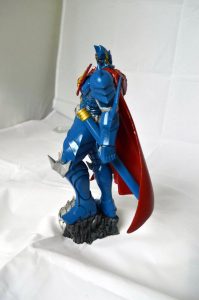 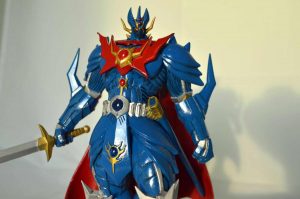 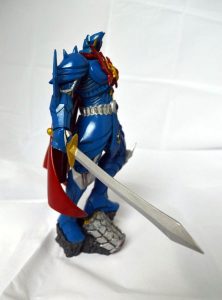 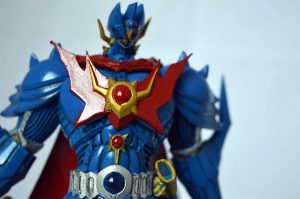 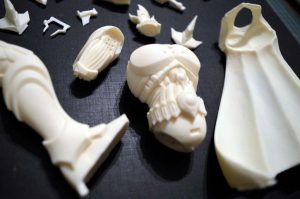 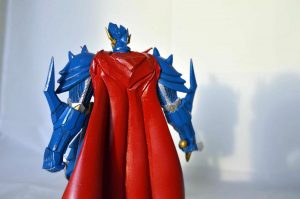 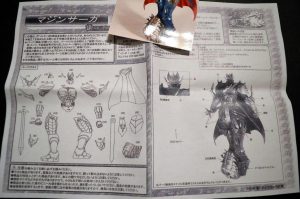 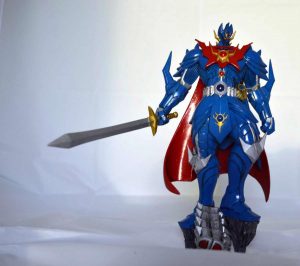 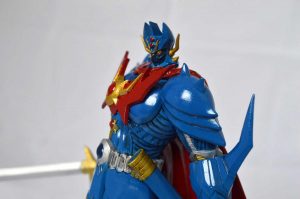 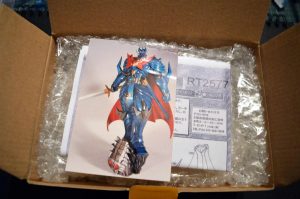 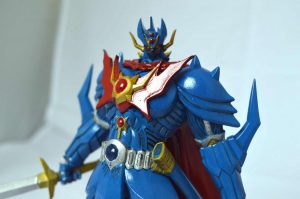 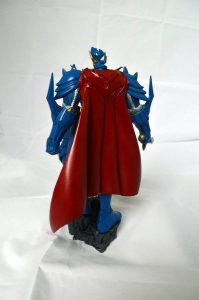 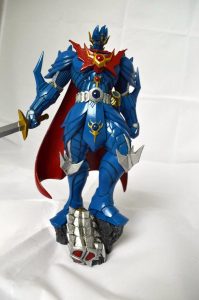 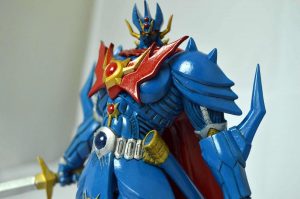