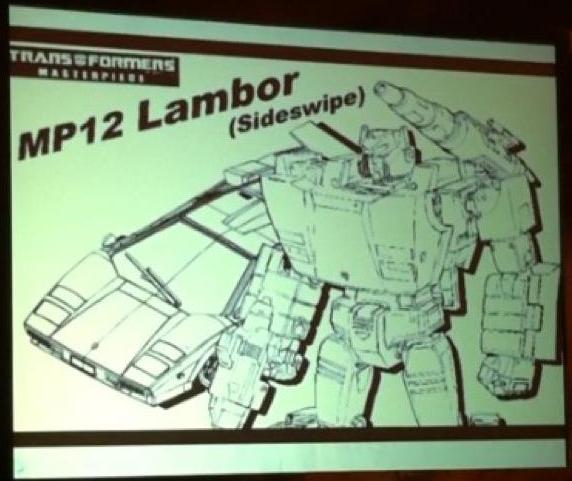 Awesome news for Transformers fans all over the world. Megan Fox is back for Transformers 4 lol, but no really Takara have released concept art for Masterpiece 12 which is going to be a G1 Sideswipe.

It’s a surprising new turn to for Takara as it seemed the next twenty Masterpiece transformers would be G2 Jet repaints, thankfully Takara are going back to where it all started and bringing back a whole new G1 figure.

Going off previous Masterpiece toy release dates it looks like it will be available in most online stores and ebay by December with a limited release coming in November.

The scale of Masterpiece Sideswipe is probably going to be on the 1:24 Alternator/BT scale to fit in with the rest of the recent MP releases. Hopefully this will be the first of many G1 cars in the Masterpiece line.

If you were lucky enough to get a Masterpiece Hotrod / Rodimus you will know what an amazing job Takara has done with cars in the Masterpiece line. As far as Transformers o I haven’t seen a car wish such intricate articulation and a transformation like MP Rodimus.

Price wise Sideswipe will be probably by $150 ish on the first import release moving down to $50 when Hasbro re-release the figure.

As far as G1 car’s Sideswipe is a clear choice for Takara just for the repaint opportunity. The first option would likely be Redalert followed by either a Black G2 version or a Silver Movie edition. The Hasbro and Takara versions will also probably have different accessories included. 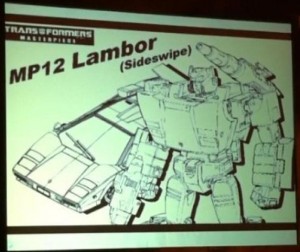 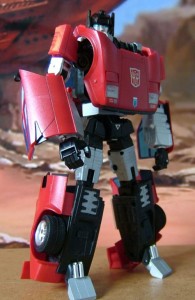