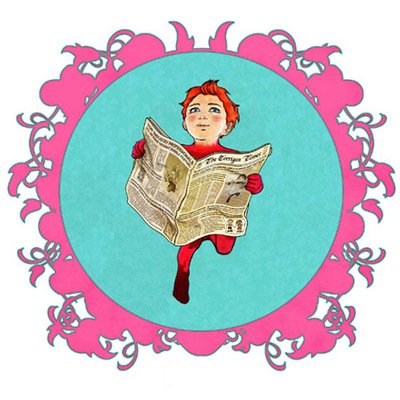 Last year’s Thought Bubble convention in Leeds was totally amazing, they had so much to do and see in one day. This year is very different it almost looks like they have managed to cram twice as much comic goodness into the Saturday (20th November 2010) making me almost shake excitement.

I honestly wish it was a week-long event so I could fit everything in. All I can say is plan ahead and make a list of what you want to see.

All ages Tickets £10, Cosplayers £6, under 12’s FREE
With your Thought Bubble Convention ticket you can gain access to all Saturday’s events. Plus the first 500 people to buy their ticket in advance can gain entry to our convention after-party at Alea Casino at 8pm.

SelfMadeHero graphic novelists I.N.J Culbard & Anthony Hope-Smith will be on hand at the SelfMadeHero table throughout the day to give advice & tips to anyone who wants to learn about going pro. This will include anything from basic sketching & character design to storyboarding, digital colouring & pitching for work. Both artists will sketch in copies of their latest graphic novels, when time allows.

Momiji are collectible message dolls. Combining Asian style with contemporary illustration, they’re loved across the world. We’re giving fans the chance to paint their own doll & submit their designs at Thought Bubble 2010. Places at the workshop are £5.50 and 50% of the workshop entry fee goes to the humanitarian charity, Medicins Sans Frontiers

Presented by Sarah Macintyre, a published writer & illustrator of children’s graphic novels & well known for her wonderful work for the DFC. Sarah will take young people through the stages of how to draw scary monsters, crazy aliens & weird creatures in these fun and creative drop-in workshops.

Andy Sykes is back with his Hexjibber colouring-in book of fun! Stop by & colour some of his wacky pictures!

Wanna be a Zombie?! All day Saviles Hall – All ages

Join the cast and crew of the cult zombie web series Zomblogalypse! Watch episodes, buy DVDs, badges & posters, and get made-up as a gruesome zombie by our team of FXperts. Your friends won’t recognise you by the time we’re done. JOIN US!

Ever thought you’d like to have a shot at having your own comic strip published…? Well why not try self-publishing? Pop over & see two leg-ends of the underground publishing world today and seek out some advice.

Join us for this fascinating talk on how to land a job in the comics industry. Includes a discussion on how/ what/where/when/why you should go about getting that dream assignment, the pit falls & the best way to get your foot in the door. Speakers: Steve Wacker, Jamie McKelvie, Kieron Gillen, Boo Cook & Lee Townsend.

Panel talk on the transition of comics to the silver screen, Includes a discussion on the
success of recent comic book properties at the box office & the creative input afforded to the creators. Plus what comics would we all like to see in film & the latest news on comic book adaptations. Host John Mosby (Editor of Impact magazine). Speakers: Andy Diggle, Richard Starkings & Adam Brockbank.

Scarycaravan Media will be screening the trailer for their up-coming animation series, based on their mobile comic. The team behind the animation series will also discuss their latest innovative & cutting-edge project.

Marvel’s Spider-Man editor Steve Wacker is back this year to scout for new talent. If you would like to have your portfolio reviewed or just get advice please email thoughtbubbleinfo@googlemail.com Plus, due to popular demand, portfolio reviews will be extended to Sunday 21st at Leeds Central Library in the Tiled Cafe Area. You will need a valid convention ticket, which must be shown for the Sunday viewings. Please note: spaces are very limited for both Saturday & Sunday & must be booked in advance. We advise booking early as places fill up very fast. Good luck & don’t forget us if you get that dream job!

Author of The Dark Tower Concordance, The Dark Tower, & Talisman Comics, Stephen King’s personal researcher Robin Furth will discuss the mythology of The Dark Tower and the popularity of King’s stories as comics. Robin is currently working on the pre-production of the long awaited Dark Tower film so we should hear some exciting news straight from Hollywood! A must for any Dark Tower or King fan! Host: Steve Watson.

Peter Doherty will be chatting to two comic greats, John Romita JR & Tony Harris about how they got in to comics, what have been their favourite projects, which character they would most like to work on & exciting future plans! Thought Bubble is delighted to welcome John & Tony to the UK for this rare opportunity to find out more about two artists who have shaped the way modern comics are seen today.

Metaphrog have been creating comics since 1996, gradually building a loyal following and receiving critical acclaim worldwide, as well as several Eisner & Ignatz Award nominations. They enjoy spreading the word about comics by delivering talks & workshops. Their new graphic novel, Louis – Night Salad, is out now. Check them out in this fun talk!

Thought Bubble’s annual cosplay competition is back & bigger & better than ever! We want to see all your weird & wacky costumes! Plus if you turn up to our con in cosplay you get in for only £6! To take part in our masquerade register at the cosplay table from 11:00 to 13:00 in Saviles Hall’s foyer.

Panel talk on the increasing presence of female writers & artists in comics. Mel Gibson is back to host this panel with Amazing comics talent from around the world including Maureen Burdock, Emma Vieceli, Robin Furth, Nicola Streeten, Sarah Lightman & Karen Hansen.

Join us for the chance to win incredible original art by the likes of John Romita Jr, Tony Harris, Charlie Adlard & Duncan Fegredo! This year our chosen charity is Banardos. Plus Adi Granov with be raffling off an amazing X-Men cover worth thousands of pounds for his chosen charity, will you be the lucky one?

Do you like gorillas? Comic publishers in the fifties certainly did. Thrill to those bygone days when gorillas shambled out of their jungle habitat & loomed into war, sports, superhero, & even romance comics. Join Tony Hitchman to celebrate the Silver Age Simians in Ape Escapism with our gorilla genius quiz.

If you are one of the lucky first 500 to buy an advance ticket to our con you gain entry to our very special after party. Just check the number on your ticket, if it’s 600 or below (ticket numbers start at 100) you’re invited!

Those delectable dames are back for your sketching needs! Join us for fun & frollicks with Dr Sketchy & some very sexy ladies. Tickets (£3) can be purchased during the day from the Dr Sketchys table at the con.

More info at the Official site.