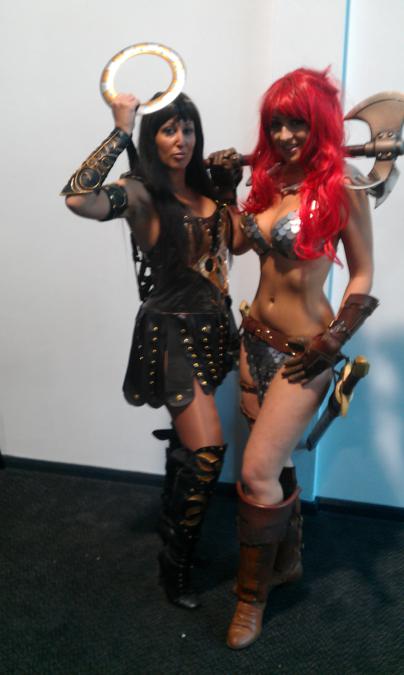 For a comic convention the Leeds Thought Bubble is relatively a new kid on the block and has gone from strength to strength over the last few years, but following the 2012 con I find it hard to imagine them being able to top this next year.

Even the Northern England November weather couldn’t get people down at this years con, throughout the weekend they kept everyone busy with things to do. Fans were out in the masses in cosplay on both days with guests doing sketches throughout the weekend and you didn’t have to queue long to meet artists thanks to a huge spread of guests this year.

The first stop of the weekend was to see Robert Llewellyn who plays Kryten on Red Dwarf. While waiting in line to meet him everyone who met him asked if there would be a new series of Red Dwarf and although he didn’t say there would for sure he did seem confident we would see another series. The next stop was Andrew Wildman who has been working on comics for years and is probably most well known for his work on Transformers from the original Marvel series to the recent Regeneration series. Again he was great to meet and flick through his portfolio. If you ever see him at a convention you really need to get a Transformers or Marvel sketch from him. Really hope to see him again at another convention in the future and get an Optimus Prime sketch to go with my Megatron. Adi Granov was at TB this year again too and I finally got to get a sketch book autographed but getting a sketch was way out of my price range, I think he might actually be the most expensive artists I’ve seen at a con for sketches but I’m sure well with the detail he puts in. One thing I did notice at the back of his portfolio on the Saturday was what looked like unused concept art for Pepper Potts armor when she becomes Iron-Maiden but a movie version of it. The sketch looked like Iron Man Mark III armor but obviously a feminine frame. I checked back on the Sunday to try and get a photo for the site but it was gone, either a commission piece or it was removed for some reason. Either way it was very cool to see what Pepper Potts would look like in one of the suits.

Moving on I got a chance to speak to Ian Churchill who I’ve been a fan of for a long time and picked up a copy of Marineman. I asked about the drawing style as it wasn’t his usual style and he said it was because that’s how he usually likes to draw without the restraint of DC and Marvel. So if you have been a fan of his work on X-Men or Supergirl of the many other comics he’s worked on over the years I’d recommend picking up a copy. It’s totally creator owned and unrestricted which I think is pretty rare to see. He wrote and draw the whole book and I’m really looking forward to finally reading through it.

One of the great things about conventions is picking up the new indie works which you might not see in most local comic shops. One table I was very happy to see was Subversive comics and the writer of Bearlands Jeremy Biggs, with no exaggeration I had to queue up longer to see Jeremy than seeing Robert Llewellyn and Adi Granov together. It was great to see how popular Bearlands had got after only being released a few months ago. It’s easily the best indie comics I’ve read this year and I cant wait for issue 2. Jeremy Biggs is a great person to meet a convention if you get the chance at one of the UK comic conventions and if you can’t Bearlands is available to buy online.

Comic loot wise the dealer tables were full of awesome comics, I managed to pick up a copy of Green Lantern Emerald Twilight/New Dawn for next to nothing, signed and sketched Marineman and a stack of free comics from just walking round the tables a few times. Either way enough review fodder to last a few months.

No conventions complete without Cosplay though. This year had some amazing costumes and since the convention encourages people to make them at home you saw some great original costumes. They had the usual photo opportunities outside on the Saturday if you wanted to get a picture with the likes of Batman, Judge Dredd or the dude from Halo.

The organisers of Thought Bubble whats normally the most popular event right at the end of the day on Sunday which I thought was very smart move. Last year we had a very slow Sunday with a lot of people going home early but since they spread out events people had more reason to stay for the whole weekend.

The convention had cosplay from throughout the spectrum, some just a t-shirt and others highly detailed costumes. I saw some amazing Rogue’s which are rare, Xena, Red Sonja, Flame Princess and dozens of obscure anime characters. I love cosplay and you can normally judge the quality of a convention from the quality of its cosplay and if its true it was a great convention and I hope they can try to keep the quality next year too.

Did you ever read the comic where Deadpool and Poison Ivy got married, me neither but its happening thanks to Thought Bubble 2012. Two cosplayers got engaged during the cosplay contest which really summed up how good the weekend was for everyone. Good luck and congratulations to them both. Overall it was probably the best UK convention I’ve been to just due to the fact they had so much on and so much to see you really get the most out of two full days. I’m going next year but it’s going to be really hard to top how awesome this weekend was. 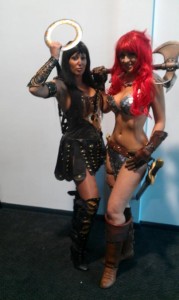 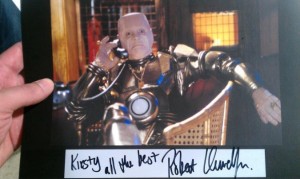 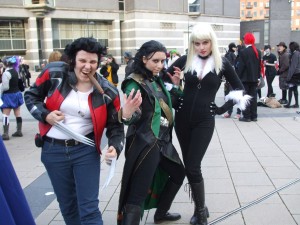 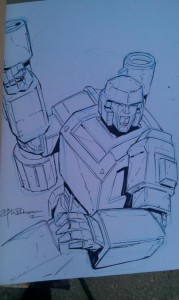 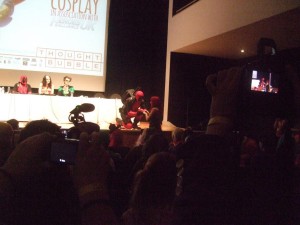 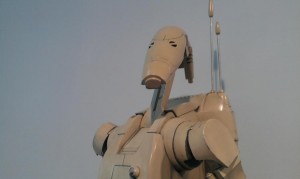