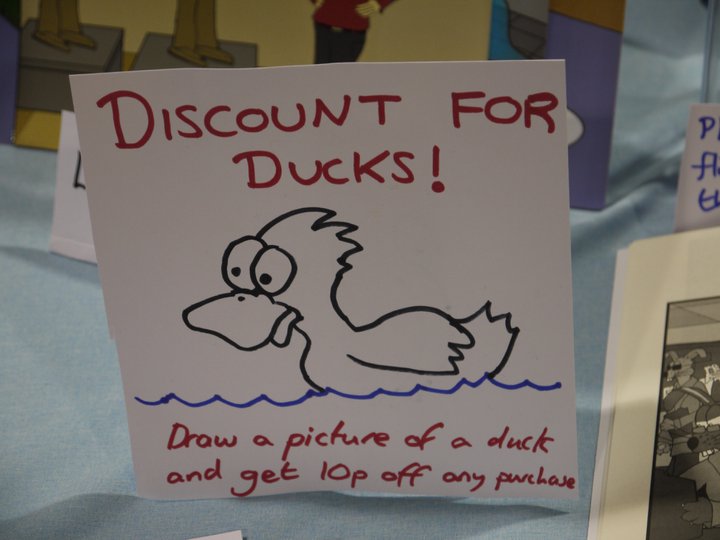 The UK may still have a lot to catch up with to compete with those like NYCC but with Thought Bubble reaching its five year anniversary they have added a second day to the event.

It’s not just the comic convention which will be spread out, the whole event will be running events from the 14th November to the 20th November 2011 to run aside the Leeds Film Festival.

And to top off the extended dates there will also be an extra hall which will accommodate an extra 100 tables of comic goodness right opposite Saviles Hall.

And if that’s not enough one of the first guests confirmed for this years Thought bubble is none over that Tim Sale (Batman the Long Halloween) the DC legend. We also have last years comic super star Richard Starkings (Elephantmen) returning this year.

Not much else is known about changes so far as the convention is still in early planning stages but it will effect some of the conventions events.

Last years saw a small price hike for visitors which came with a whole loads of extras for the convention. With it beings pretty much four times bigger this year it’s uncertain how this could effect the cosplay competition, Guests and small publishers who may only be able to attend one day of the weekend.

In my experience two day conventions are awesome if you can stay for both days but for those who cant may need to choose what you want from the convention. Saturdays are always best to pick up comics where as Sundays tend to have smaller lines to get stuff signed.

Those lucky enough to see this years Thought Bubble convention I hope you have an awesome time.